An old friend of mine, who taught political science for 25 years at the University of Colorado, was known to tell his students that the real reason they were there was to marry people from the right social class. 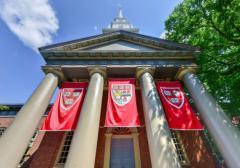 While perhaps a little overly cynical, this assessment certainly wasn’t totally wrong. Few parents have ever been overly concerned with the supposed education their children receive at a University like CU. The real concern has primarily been the receipt of a degree from a respectable – although not “elite” in the case of CU – university. And, whether they are consciously aware of it or not, an additional benefit has been to ensure that little Susie and little Johnny also become accustomed to the social mores and habits of a certain socio-economic class.

Even if Susie doesn’t meet a doctor at college, it’s still best to send Susie to a place where she learns to socialize and interact with the sorts of people who will eventually become doctors and engineers and successful business people. When one is finished with his or her “education,” one has a nice degree to show for it, plus a social circle comprised of  presumably soon-to-be-successful people.

So, it shouldn’t surprise anyone that it turns out rich Hollywood actors with intellectually and academically mediocre children have become obsessed with getting their children into high-status colleges. They employ bribes and fake test scores to purchase what they’ve always been able to purchase otherwise: a stylish consumer product, which is essentially all a college degree is for most people.

In a certain way, one has to admire these corrupt, cheating parents because they are too savvy to buy the nonsense that the higher education industry has been peddling for decades.

As ridiculous as it sounds, there are still people in higher education who spout quaint theories about “liberal education” and how college is a time for self-reflection and becoming “immersed in the great books of the Western Tradition,” and so on.

There is surely a tiny minority of college students who actually believe this — many of whom grow up to become professional students and college faculty — but college has long been largely about certification.

While universities were founded in the Christendom of the middle ages with some lofty goals, the vast majority of families who sent their young people to universities didn’t share these goals. They sent their children to universities to attain degrees in subjects like canon law which afforded to the family greater social status and perhaps a coveted job in church or secular government.

Yes, actually teaching certain skills has been important some of the time. Many of today’s oldest and most venerated universities, for example, were founded to train clergymen. Harvard University, after all, was created to deal with the problem of “an illiterate ministry,” was was thought to be all too common in colonial America. But by the nineteenth century, American universities had been converted to a broader model of education in which specific skills became less important, and the attainment of a degree became more important.

Over time, training in other professions, such as secular legal studies, became important goals for colleges and universities, largely because the middle classes saw this sort of training as a ticket to prosperity.  Rarely was a college education sold to the middle classes as an exercise in intellectual self improvement or gaining an appreciation of Virgil and Dante. But even then, the educational aspects of a college “education” weren’t the most important part of the experience. Training could often be attained on-the-job in law as in other professions. The college degree, on the other hand, was valuable because it communicated a certain elite status.

And this is what the middle classes really wanted most. After all, it’s hard to imagine an 1830s middle-class family patriarch, slaving away at the family shipping business, and scraping together tuition money for junior just so he can go have deep thoughts about the implications of the Peloponnesian War.

On the other hand, there’s no doubt that the upper classes could afford more navel-gazing. Indeed, by the mid nineteenth century, American universities had adopted the ideas of the upper classes from England decades before: that universities are there to prepare members of the elite for “leadership” and “service” by making them broad-minded intellectuals.

That, however, was never more than a boutique sort of education for the sons of the already-established elites.

But if that vision of higher education ever reflected reality, it certainly doesn’t now. The idea that students go to college to attain a broad and liberal view of humanity and human history appears almost laughable today. Outside of the college programs that provide real professionally-relevant job skills, such as in engineering and computer science, a college education offers little more than daily recapitulation in learning the ideological views of today’s intellectual class. Outside a narrow worldview shared by a tiny elite of humanities and social science professors, very little is taught at all.

Wealthy Hollywood types, being relentless and cynical social climbers, likely figured this out years ago. So they’ve now zeroed in on getting out of college all that college has to offer to someone who doesn’t have the intellectual chops to major in electrical engineering: a piece of paper that helps sustain membership in elite social circles.