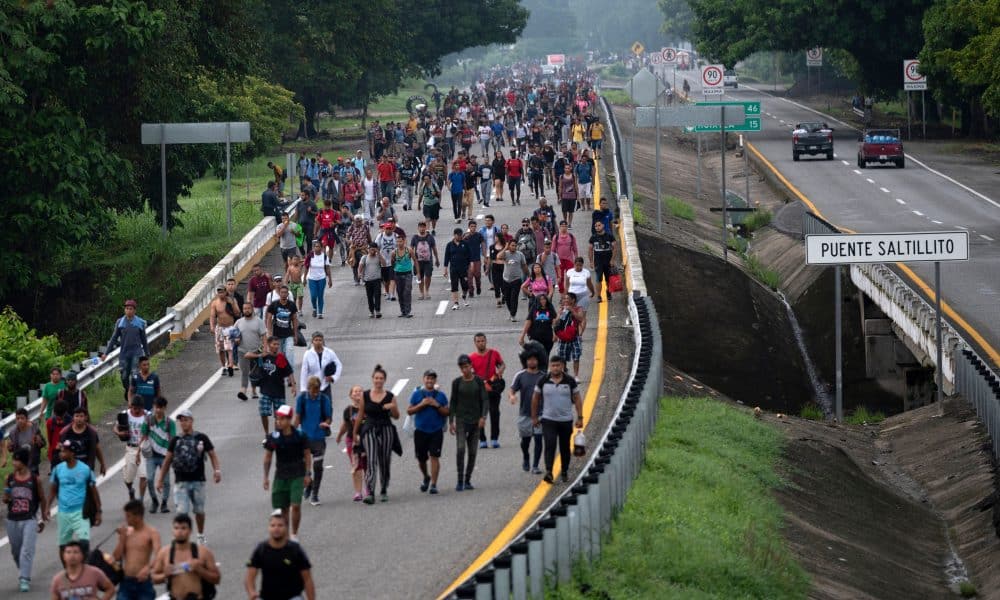 Republicans on the House Select Committee on Intelligence and border patrol agents and officials are desperately trying to get out the message that our open borders is a vital threat to national security.

Known cartel, murderers and individuals on the terrorist watchlist have been caught crossing our southern border and the Biden administration stays silent.

House Republicans are trying to are raising the alarm in Congress about “grave” threats facing Americans due to the destabilized southern border. Fox News Digital exclusively interviewed members of the congressional delegation following their law enforcement briefings and line tour along the El Paso, Texas, border with Mexico Friday.

Rep. Mike Turner, R-Ohio, who serves as the ranking member on the committee, said that, counter to Department of Homeland Security Secretary Alejandro Mayorkas’ claim earlier this week, the border “is not secure.”

“We met with the FBI, the Texas Department of Safety, the Border Patrol. What’s clear as we stand here on the border is that the border is not secure. Thousands of people are being apprehended a day, others cannot even be captured. The amount of drugs, even guns, that go across the border, cash, illegal activity, human trafficking. The toll that’s happening on people who are crossing this border is extraordinary,” Turner told Fox News Digital while standing next to the border wall with Mexico.

Meanwhile Department of Homeland Security Secretary Mayorkas said last week that the border is “secure” and “we are working to make the border more secure. That has been a historic challenge.” Border agents criticized the Secretary for ‘lying’ to the American people.

“I have said to a number of legislators who expressed to me that we need to address the challenge at the border before they pass legislation and I take issue with the math of holding the solution hostage until the problem is resolved,” he said.

“There is work to be done,” he said before adding that “safe and secure are two different words.”

“There are smugglers that operate on the Mexican side of the border and placing one’s life in their hands is not safe,” he said.

Turner added that the situation at the border “represents a national security threat. The number of people who are crossing who are not from Mexico, Central America, or even South America is enormous. These individuals are a threat to our national security. Many are from countries that have very questionable purposes when they come here. So our border patrol are overwhelmed. They need assistance. This wall needs to be completed.

“What we heard repeatedly today and yesterday was the portions of the wall that had been built worked. And some areas since the [Biden] administration stopped construction of the wall have gaps in them where wall was being repaired or replaced and those repairs even stopped. So today you have a porous border, you have a great risk to our nation.”

The number of terrorists coming across the border poses an “absolute threat and danger” to the U.S., continued Turner.

“You have people who are on the terrorism watch list, people who are known terrorists, there is a threat of them crossing the border. People who have been apprehended fall within those categories,” he said. “This represents an absolute threat and danger to our country, and it could be stopped if this border wall was completed. If we gave [Border Patrol] the right resources, we could be able to stop these border crossings and, of course, keep our country safe.”