A few months after Britain voted to leave the European Union I posted an articlethat questioned whether the decision could prove beneficial to globalist institutions. At the time the general consensus amongst writers and broadcasters within the independent media was that the result came as a unwelcome surprise to the elites. The expectation was that political and financial interests would attempt to overturn the will of the electorate, thus ensuring the UK would never be allowed to fully depart the EU. 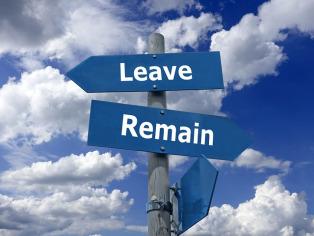 Up until the latter end of 2016 this had also been my position. As a ‘leaver‘ I held next to no belief that the result would be fulfilled. But having looked into the events leading up to the referendum, as well as the changing stance on monetary policy by central banks, it became apparent to me that the economic consequences following the vote (and subsequent warnings of the dangers of a no deal outcome) had the capacity to work in favour of internationalists.

Over the past two and half years I have published over a dozen articles and numerous economic updates that present evidence as to why I believe institutions like the Bank of England, the International Monetary Fund and the Bank for International Settlements would capitalise from what the central banking community have coined a ‘disorderly Brexit‘. It is due to this that I have become increasingly cautious in supporting the UK’s exit from the EU.

Which brings me to one of my latest articles (Warnings of an Under Resourced IMF Point to Imminent Economic Downturn). One reader was motivated to ask whether my analysis on Brexit might subconsciously be suggesting that to remain in the EU would now be the best option. Here is an extract of the comment in question:

The fact that you approach this from something of an outside position, as per observer status, removes most of my doubt that you might actually be suggesting remaining in EU is a better option . To do so would obviously be very dubious, as full sovereign control of national law, closer political accountability , and so on, are something of an anti-thesis to globalist intent.

I would like to be assured that the warnings on Brexit are an attempt by yourself to focus on one facet that deserves attention and scrutiny should a no deal Brexit be the eventual outcome, as opposed to having some other unstated aim in terms of how this political circumstance should be resolved.

After reading this comment I felt that my perspective on how globalists could exploit a no deal Brexit outcome was in danger of being perceived as support for the European Union. To be clear, this is not the case. If the UK electorate is asked to participate in a second referendum on Brexit, I would not offer support for remaining in the EU. But equally, I would not endorse the options of either leaving with a withdrawal agreement or under World Trade Organisation terms.

To explain, the problem with Brexit (and with the political system in general) is the dogma of ideology. Prior to the original referendum, political allegiance was defined as being of the ‘right‘ or of the ‘left‘. Once this was ascertained, it then came down to how far on the right or on the left you stood. If your views were subsequently deemed as moderate you would likely be classified as frequenting the ‘centre ground‘. Here you had a choice of being right of center or left of center. Either way, the majority of people continued to rally behind the Conservative party or Labour.

Whether of the right or the left, both ideologies contain within them factions who support differing ideals. But the one ideal that stands above all others in 2019 is Brexit. Lines of division have been fashioned on this single subject alone.

Post referendum, the traditional political landscape has been in a process of realignment. Allegiance is now predicated on support for either leaving the European Union or remaining part of the bloc. Whereas previously you were judged on how far in one particular direction your politics travelled, now it is a question of the extent to which your loyalty lies over the EU. Soft Brexit? Hard Brexit? No Brexit? It is within these boundaries that the establishment is controlling public discourse.

We are encouraged to pick a side and dedicate our efforts to fighting for that particular cause. This has led to it becoming a vitriolic contest between those who advocate internationalism and deeper integration, and those who champion national sovereignty and Britain controlling its own laws and borders. Out of this environment has come new political manifestations in the shape of Nigel Farage’s Brexit Party and Change UK.

But my most pressing concern is that nowhere in the discourse – not in the mainstream or independent media – is there any concerted effort to question Brexit from a position of impartiality. Were more people prepared to relinquish their bias, the idea that leaving the EU could be part of an agenda to embolden financial institutions might not appear so outlandish.

On the surface it may appear contradictory that institutions that promote internationalism could in fact favour the rise of Brexit for their own ends. But whilst figureheads like Bank of England governor Mark Carney and IMF managing director Christine Lagarde speak out against the UK’s exit, a greater level of scrutiny over their actions and communications points to an undercurrent of malevolence in their intent.

As has long been established, the fall in the value of sterling after the first referendum, followed by a spike in inflation above the mandated target of 2%, allowed for the BOE to begin raising interest rates. This came amidst central banks cultivating a narrative of ‘normalising‘ monetary policy. Without Brexit, the BOE had no immediate rationale for their actions.

Since they began raising rates, the bank’s commentary has shifted to what they perceive would be the likely fallout from a ‘no deal‘ Brexit. They anticipate the pound falling perhaps to below parity with the dollar, inflation to reach beyond 6% and the UK falling into recession. Out of all possible ramifications, it is the effect on sterling that worries me the most. As discussed in previous posts, a currency crisis is an entirely different phenomenen to a financial crash. And if the language emanating from central banks is an indication, a crisis of this nature – combined with other global events – would likely be exploited as part of the growing narrative of ‘money in the digital age‘.

With that said, neither I nor any other observer can stipulate for certain that Britain leaving the EU is the desired outcome for globalists. But from an individual standpoint, the reason I cannot countenance the UK leaving the EU under a ‘hard‘ Brexit is because I believe such an outcome would present an opening for financiers to attempt to gain further control over the economic system. The primary tools for them achieving this would be a combination of currency manipulation, heightened inflation and the ensuing monetary policy response. Based on the underreported commentary of the Bank of England, an inflationary Brexit would result in the bank tightening interest rates rather than cutting them.

It was five years ago that Christine Lagarde laid the blueprint for the ‘reset‘ of the global economic system. As history dictates, significant economic change is routinely orchestrated through the manufacturing of conflict. This is why when people insist that Brexit will never be allowed to happen, I do not think they are fully factoring in the globalist model of creating crisis scenarios in order to manipulate themselves into a position of providing a pre-determined solution.

Unless people step away from their predilection for ideology, then they are not going to register the fact that globalists are using Brexit as a tool to segregate the population, a ploy that is successfully managing to direct attention away from central banks and their stated goals and intentions.