Authored by Matthew Jamison via The Strategic Culture Foundation,

It has been an appalling period in British politics and government. Unlike any period experienced in living memory. The British State, once high and mighty, lording it over other nations with typical English condescension and patronising arrogance, has well and truly come crashing down to Earth with a very heavy bump thanks to Brexit. It will never be the same again. The defenestration of the British Government and wider British State machine including its intelligence and security services has been a spectacular sight to behold. The credibility of the British State and its democracy has been ripped to shreds. For three years now the British ‘nation’, Parliament, Government, Civil Service, media and economy has been consumed by one issue and one issue alone, whether or not the UK will depart the European Union after the 2016 Referendum. 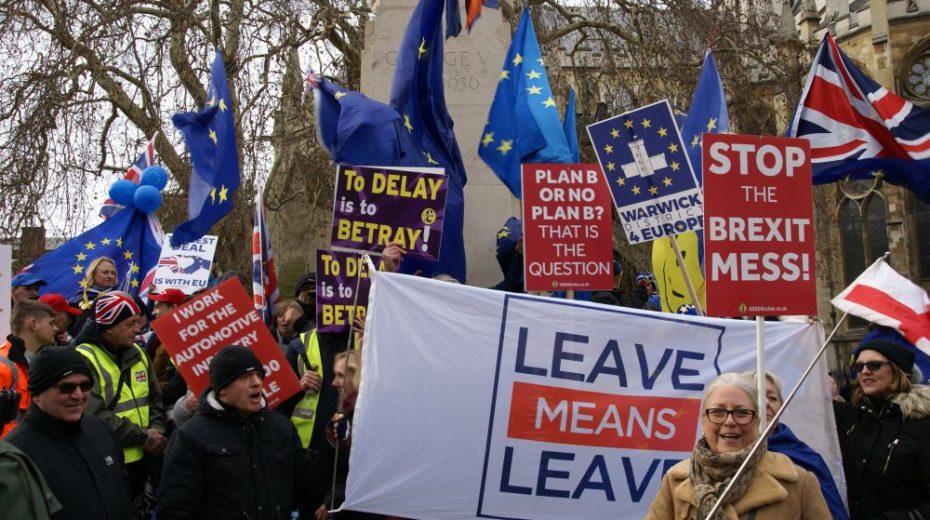 I say whether or not because after having almost three years to prepare for the UK exit from the EU as voted on by over 17 million British people in the largest and longest democratic exercise in the history of modern British democracy, the ‘fixed’ departure date of March 29th 2019 came and went, despite the British Prime Minister Theresa May stating over 108 times that the UK would definitely be leaving the EU on March 29th 2019. Who will ever be able to take seriously the word of a future British Prime Minister or a future British Government after this utter farce, but deadly serious debacle, on a major national and international scale. The behaviour in its half democratic Parliament has been deeply disturbing and has shown the world that the British are totally irrational and have gone absolutely bonkers.

The debates in the House of Commons have illustrated to the international community that the British are an animalistic, stupid, pedantic and deranged people not fit to run their own affairs, let alone lecture far superior and greater nations on their internal sovereign matters. The Speaker of the House of Commons grows more and more mad by the day while its MPs grow more and more angry, childish, uncivilised and corrupt. The British are the most inefficient people in Europe, perhaps on the planet. They have a genetic disposition and cultural habit of wasting time, especially other peoples time, but this missed date and the ensuing delay is quite something, even for a people who are used to chronic delays in their train system for example, long waiting times in their Government funded and Government run National Health Service, or open ended State Inquiries. The classic English tactic of kicking the can further down the road and into the long grass has been utilised to the extreme regarding Brexit and it has done and is doing tremendous damage to Britain. Yet, the British have only themselves to blame for this mess. This is a British self induced crisis and not the fault of any other country.

On top of the time wasted on a monumental scale there has also been the vast amount of money wasted by the British Government including taxpayer funds on preparing for a departure from the EU that never happened and private businesses which were told to engage in contingency planning in the event of a No Deal Brexit. Hundreds of millions of pounds have been wasted both in the public and private sector. But again, this is nothing new. The British Government are incapable of sound fiscal management and discipline though find plenty of money for phantom work, privileged perks, stupid ideas and corrupt schemes. The British are not only diseased when it comes to wasting their own public and private money but also other countries money as well.

The British Government itself is in complete collapse with the Cabinet in melt down unable to adhere to the principle of collective responsibility, the governing Conservative Party engaged in a ferocious civil war for the whole country and world to see and beholden to one of the most backwards and ridiculous of provincial fringe parties in the form of the Democratic Unionist Party. Corruption is endemic not just throughout the British Government and Parliament but British institutions as well. Meanwhile the ultimate body of British national security has been compromised in the form of the UK National Security Council and the disgusting behaviour of its pathetic former Defence Secretary Gavin Williamson. While this Brexit saga rolls on, the UK as a whole grows more and more unequal. The domestic agenda of British Government policy has completely ground to a halt. There will not even be a further Queen’s Speech for sometime which had already not occurred since 2017. The quality of life and standard of living in the UK continues to plummet compared to other nations as does social mobility and social cohesion.

One matter is very clear throughout this Brexit ordeal. This is a combined collective failure of the United Kingdom as a whole. The British Government and State have failed. British MPs have failed their constituents. British civil servants have failed. The British media have failed. There is no unity, no meaning, no purpose, no discipline and no sense of comradeship in the UK – if there ever truly was. Perhaps it is a society incapable of it and perhaps that is why it deserves to falter and fail with the United Kingdom disintegrating and disappearing for good. Ergo, perhaps it is high time, once and for all for the British State to quit its bad habit of interfering in other nations affairs, far greater nations, while it attempts to put its Brexit house in order.