Back in April 2015, when Venezuela still had a somewhat functioning economy and hyperinflation was not yet rampant, the cash-strapped country quietly conducted a little-noticed gold-for-cash swap with Citigroup as part of which president Nicolas Maduro converted part of his nation’s gold reserves into at least $1 billion in cash through a swap with Citibank.

As Reuters further added: “former central bank director Jose Guerra and economist Asdrubal Oliveros of Caracas-based consultancy Ecoanalitica said in separate interviews that the operation had been carried out.  A source at the central bank told Reuters last month it would provide 1.4 million troy ounces of gold in exchange for cash. Venezuela would have to pay interest on the funds, but the bank would most likely be able to maintain the gold as part of its foreign currency reserves.”

Needless to say, the socialist country’s economic situation is orders of magnitude worse now, and in addition to a full-blown blockade of the country’s only key export, petroleum, the president has a simmering, US-backed coup to contend with as well. 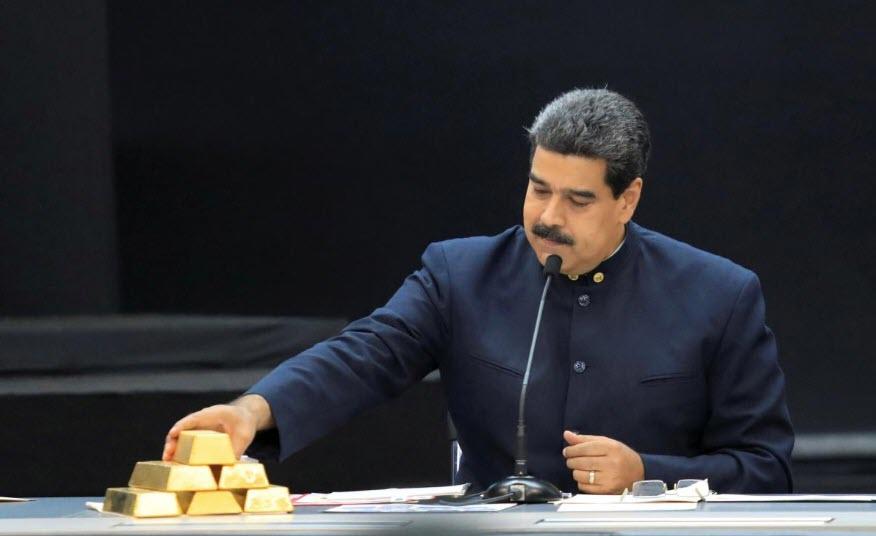 Fast forward three years when Venezuela’s gold swap with Citi is about to mature, and according to lawmaker Angel Alvarado, advisor to Venezuelan opposition leader and self-proclaimed president, Juan Guaido, Citi would be entitled to keep the gold if cash-strapped Venezuela does not pay the loan when it expires in March. Considering the country’s financial dire straits, the last thing Venezuela can afford is to pay Citi to reclaim ownership of the collateral.

As a result, on Friday, Guaido’s advisors asked Citibank not to invoke the guarantee and not to claim the gold put up as collateral for the 2015 loan made to the government of President Nicolas Maduro if his administration does not make payments on time, Reuters reported, citing a Venezuela lawmaker.  Opposition leaders have claimed that Maduro usurped power last month when he was sworn in to a second term after a disputed election widely described as a sham.

“Citibank has been asked to stand by and not invoke the guarantee until the end of the usurpation,” Alvarado said in an interview. “We don’t want to lose the gold.”

Confirming what we reported back in 2016, a finance industry source told Reuters that the gold is worth $1.1 billion.

While it is unclear whether Citi will comply with the requests, there is now a non-trivial possibility that the US bank may find itself liquidating over $1 billion in Venezuela bullion in the open market, an operation which could potentially send the price of the precious metal sharply lower.

Meanwhile, far from pushing to reclaim its gold, Maduro has only been selling more of it, as Abu Dhabi investment firm Noor Capital confirmed when it said earlier this month that it bought 3 tons of gold from Venezuela’s central bank, but would halt further transactions until the country’s situation stabilizes.

Guaido has also asked British authorities to prevent Maduro from gaining access to gold reserves held in the Bank of England, which holds around $1.2 billion in bullion for Maduro’s government. So far the British central bank has refused to comply with Maduro’s demands to remit the gold back to Venezuela, although when asked for comment, the BOE said it does not comment on client operations.

Meanwhile, Hugo Chavez, who spent the last years of his life repatriating Venezuela’s gold is spinning in his grave. 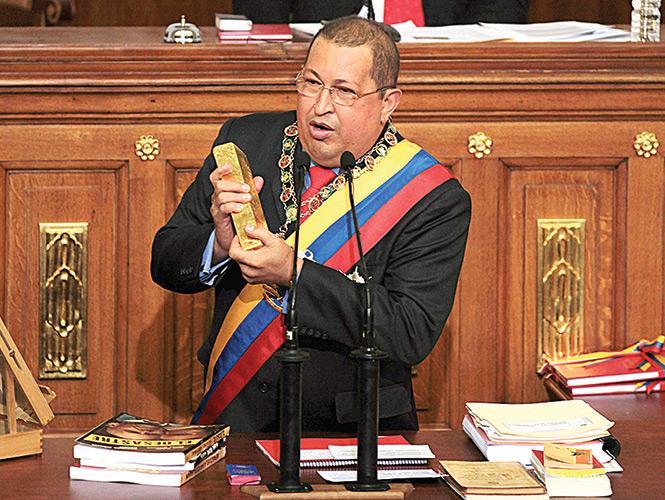