Robert Mueller is either a fool, or deeply corrupt. I do not think he is a fool. 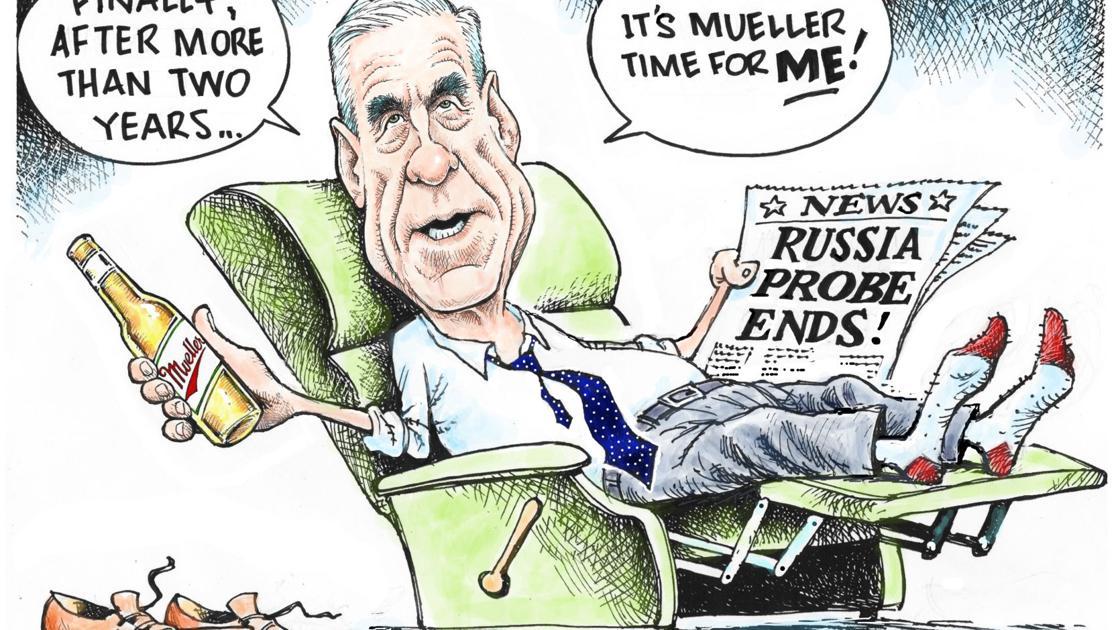 I did not comment instantly on the Mueller Report as I was so shocked by it, I have been waiting to see if any other facts come to light in justification. Nothing has. I limit myself here to that area of which I have personal knowledge – the leak of DNC and Podesta emails to Wikileaks. On the wider question of the corrupt Russian 1% having business dealings with the corrupt Western 1%, all I have to say is that if you believe that is limited in the USA by party political boundaries, you are a fool.

On the DNC leak, Mueller started with the prejudice that it was “the Russians” and he deliberately and systematically excluded from evidence anything that contradicted that view.

There has never been, by any US law enforcement or security service body, a forensic examination of the DNC servers, despite the fact that the claim those servers were hacked is the very heart of the entire investigation. Instead, the security services simply accepted the “evidence” provided by the DNC’s own IT security consultants, Crowdstrike, a company which is politically aligned to the Clintons.

That is precisely the equivalent of the police receiving a phone call saying:

“Hello? My husband has just been murdered. He had a knife in his back with the initials of the Russian man who lives next door engraved on it in Cyrillic script. I have employed a private detective who will send you photos of the body and the knife. No, you don’t need to see either of them.”

There is no honest policeman in the world who would agree to that proposition, and neither would Mueller were he remotely an honest man.

The first is the absolutely key word of Bill Binney, former Technical Director of the NSA, the USA’s $14 billion a year surveillance organisation. Bill Binney is an acknowledged world leader in cyber surveillance, and is infinitely more qualified than Crowdstrike. Bill states that the download rates for the “hack” given by Crowdstrike are at a speed – 41 Megabytes per second – that could not even nearly be attained remotely at the location: thus the information must have been downloaded to a local device, eg a memory stick. Binney has further evidence regarding formatting which supports this.

Mueller’s identification of “DC Leaks” and “Guccifer 2.0” as Russian security services is something Mueller attempts to carry off by simple assertion. Mueller shows DNC Leaks to have been the source of other, unclassified emails sent to Wikileaks that had been obtained under a Freedom of Information request and then Mueller simply assumes, with no proof, the same route was used again for the leaked DNC material. His identification of the Guccifer 2.0 persona with Russian agents is so flimsy as to be laughable. Nor is there any evidence of the specific transfer of the leaked DNC emails from Guccifer 2.0 to Wikileaks. Binney asserts that had this happened, the packets would have been instantly identifiable to the NSA.

Bill Binney is not a “deplorable”. He is the former Technical Director of the NSA. Mike Pompeo met him to hear his expertise on precisely this matter. Binney offered to give evidence to Mueller. Yet did Mueller call him as a witness? No. Binney’s voice is entirely unheard in the report.

Mueller’s refusal to call Binney and consider his evidence was not the action of an honest man.

The second vital piece of evidence we have is from Wikileaks Vault 7 release of CIA material, in which the CIA themselves outline their capacity to “false flag” hacks, leaving behind misdirecting clues including scraps of foreign script and language. This is precisely what Crowdstrike claim to have found in the “Russian hacking” operation.

So here we have Mueller omitting the key steps of independent forensic examination of the DNC servers and hearing Bill Binney’s evidence. Yet this was not for lack of time. While deliberately omitting to take any steps to obtain evidence that might disprove the “Russian hacking” story, Mueller had boundless time and energy to waste in wild goose chases after totally non-existent links between Wikileaks and the Trump campaign, including the fiasco of interviewing Roger Stone and Randy Credico.

It is worth remembering that none of the charges against Americans arising from the Mueller inquiry have anything to do with Russian collusion or Trump-Wikileaks collusion, which simply do not exist. The charges all relate to entirely extraneous matters dug up, under the extraordinary US system of “Justice”, to try to blackmail those charged with unrelated crimes turned up by the investigation, into fabricating evidence of Russian collusion. The official term for this process of blackmail is of course “plea-bargaining.”

Mueller has indicted 12 Russians he alleges are the GRU agents responsible for the “hack”. The majority of these turn out to be real people who, ostensibly, have jobs and lives which are nothing to do with the GRU. Mueller was taken aback when, rather than simply being in absentia, a number of them had representation in court to fight the charges. Mueller had to back down and ask for an immediate adjournment as soon as the case opened, while he fought to limit disclosure. His entire energies since on this case have been absorbed in submitting motions to limit disclosure, individual by individual, with the object of ensuring that the accused Russians can be convicted without ever seeing, or being able to reply to, the evidence against them. Which is precisely the same as his attitude to contrary evidence in his Report.

Mueller’s failure to examine the servers or take Binney’s evidence pales into insignificance compared to his attack on Julian Assange. Based on no conclusive evidence, Mueller accuses Assange of receiving the emails from Russia. Most crucially, he did not give Assange any opportunity to answer his accusations. For somebody with Mueller’s background in law enforcement, declaring somebody in effect guilty, without giving them any opportunity to tell their side of the story, is plain evidence of malice.

Inexplicably, for example, the Mueller Report quotes a media report of Assange stating he had “physical proof” the material did not come from Russia, but Mueller simply dismisses this without having made any attempt at all to ask Assange himself.

It is also particularly cowardly as Julian was and is held incommunicado with no opportunity to defend himself. Assange has repeatedly declared the material did not come from the Russian state or from any other state. He was very willing to give evidence to Mueller, which could have been done by video-link, by interview in the Embassy or by written communication. But as with Binney and as with the DNC servers, the entirely corrupt Mueller was unwilling to accept any evidence which might contradict his predetermined narrative.

Mueller’s section headed “The GRU’s Transfer of Stolen Material to Wikileaks” is a ludicrous farrago of internet contacts between Wikileaks and persons not proven to be Russian, transferring material not proven to be the DNC leaks. It too is destroyed by Binney and so pathetic that, having pretended he had proven the case of internet transfer, Mueller then gives the game away by adding “The office cannot rule out that stolen documents were transferred by intermediaries who visited during the summer of 2016”. He names Mr Andrew Muller-Maguhn as a possible courier. Yet again, he did not ask Mr Muller-Maguhn to give evidence. Nor did he ask me, and I might have been able to help him on a few of these points.

To run an “investigation” with a pre-determined idea as to who are the guilty parties, and then to name and condemn those parties in a report, without hearing the testimony of those you are accusing, is a method of proceeding that puts the cowardly and corrupt Mr Mueller beneath contempt.

Mueller gives no evidence whatsoever to back up his simple statement that Seth Rich was not the source of the DNC leak. He accuses Julian Assange of “dissembling” by referring to Seth Rich’s murder. It is an interesting fact that the US security services have shown precisely the same level of interest in examining Seth Rich’s computers that they have shown in examining the DNC servers. It is also interesting that this murder features in a report of historic consequences like that of Mueller, yet has had virtually no serious resource put into finding the killer.

Mueller’s condemnation of Julian Assange for allegedly exploiting the death of Seth Rich, would be infinitely more convincing if the official answer to the question “who murdered Seth Rich?” was not “who cares?”.