In a lifetime of privilege, Peter G. Peterson amassed a fortune through a variety of business transactions, served in a cabinet post during the Nixon administration, and became a Wall Street Banker and chairman of the Federal Reserve. He gained such a high reputation among the top promoters of a “new world order” that he won chairmanship of the Council on Foreign Relations in 1985. Serving in that prestigious “deep state” post until 2007, he continued to rack up millions, wrote some books about how our country and the world should be run, cooperated in several destructive initiatives that have harmed America, and passed away at his home in New York City on March 20. 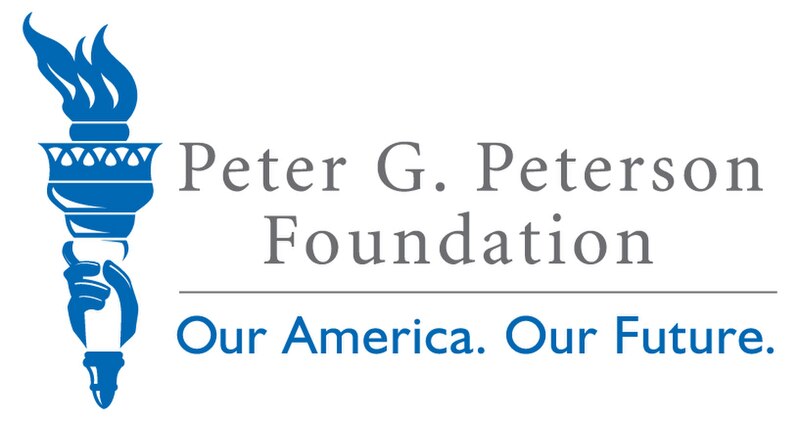 Born to Greek immigrant parents in Kearney, Nebraska, Peterson was found at age 8 working the cash register at the family diner. Excelling in Kearney schools, the bright youngster from very rural Nebraska went off to Massachusetts Institute of Technology, didn’t care for its scientific curriculum, and quickly transferred to Northwestern University where he graduated summa cum laude in 1947. At Northwestern, he and its dean, George P. Shultz, became very friendly. Shultz soon began his work within several administrations as he demonstrated his affinity for internationalism and liberalism. It didn’t take long for Peterson to realize his friendship with Shultz, a CFR member, would open many doors.

Peterson soon became the top executive at Chicago’s Bell & Howell corporation succeeding Charles Percy who moved into the U.S. senate. President Nixon selected Peterson for Secretary of Commerce and even the New York Times described him as “an outspoken liberal.” Out of government, he took over at Wall Street’s Lehman Brothers where he and Stephen Schwarzman got to know each other. The two later formed the Blackstone Group and earned piles of money buying and selling businesses.

Always anxious to gain influence in the political world, Peterson along with Washington Post chairman Katharine Graham, accepted membership in the Brandt Commission, a project of the Socialist International (SI). Former West German Chancellor Brandt, an ardent socialist, led SI during 1977-1980. Only 18 members worldwide were awarded places on this panel formed by one of the world’s leading socialists. No patriotic American would have anything to do with Brandt and his work. But Peterson was pleased to be a part of it.

SI’s interesting history is worthy of a brief recounting. Begun in 1864 under Karl Marx, it suffered through a contentious reorganization in Paris in 1889, endured a similar makeover in Moscow in 1919 (where it became known as the Communist International, the Comintern), and undertook another reorganization in Hamburg in 1923. Since 1951, SI has functioned as the Fifth Socialist International. Brandt would never have chosen Peterson if he were not a partisan for socialism and world government. Unsurprisingly, the former Nebraska whiz kid won his recommendation for a place on SI’s Brandt Commission from World Bank President Robert McNamara, another world socialist.

Under Peterson’s two decades of leading the Council on Foreign Relations, that bastion of liberalism and internationalism continued its efforts to have our nation – and all nations – cede their independence to the United Nations. CFR bigwigs who never repudiate one of their own never backed away when CFR member Richard N. Gardner publicly called for “an end run around national sovereignty, eroding it piece by piece.” That clearly subversive sentiment, published under the title “The Hard Road to World Order,” appeared in the CFR’s flagship publication Foreign Affairs in 1974. Gardner would later repeat his blatantly subversive message while Peterson was the CFR’s leader. His “Practical Internationalism,” full of suggestions about how to lead mankind into the new world order, appeared in the CFR’s journal in 1988. Never repudiated by Chairman Peterson, it and several predecessors can be considered Peterson’s policy.

During a trip to Taiwan in 2006 (a full year before Peterson stepped away from chairmanship at the CFR), the organization’s long-time president Richard Haass spelled out what the CFR has long desired. His remarks appearing in the Taipei Times included insistence that the idea of “sovereignty of nations” had run its course and the time had come “to rethink this notion.” CFR chairman Peterson, who had awarded Haass his exalted CFR post and tolerated his explicitly stated goal, never lifted a finger to challenge what the CFR president was telling Taiwan’s people and others.

No one ever doubted that Peter G. Peterson was a very bright individual. He could have used his God given talents to support continued independence for the nation that had made life so easy for him. But he chose a totally opposite path. He should be remembered as a significant enemy of virtually all that made America great.