Authored by Doug Casey via InternationalMan.com,

MMT centers around the notion that the economy in general, and money in particular, should be the creatures of the State. 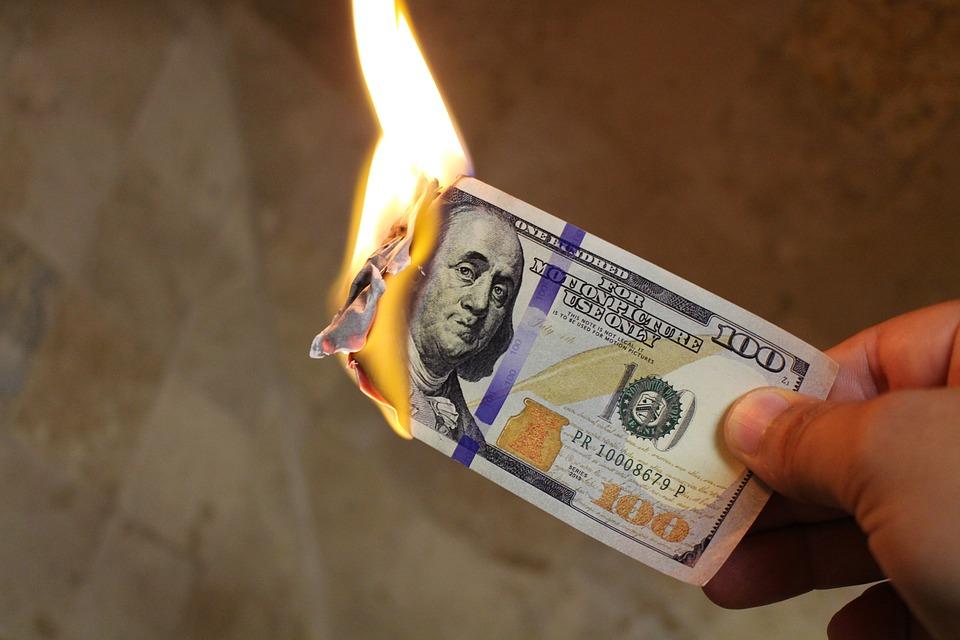 It’s not a new idea – the meme has been around in one form or another since at least the days of Marx.

MMT basically posits that the wise and incorruptible solons in government should create as much currency as they think is needed, spend it in areas they like, and solve any problems that occur with more laws and regulations.

It’s nothing new. Just a more radical version of the economic fascism that’s dominated the U.S. since at least the days of the New Deal. It’s just another name for an old, and very stupid, set of economic ideas. By stupid I mean, “showing an inability to predict the indirect and delayed consequences of actions.”

Politicians are now talking about the supposed benefits of MMT. Pseudo-economists are doing their abstruse and incomprehensible mathematical computations about how it might affect the economy.

The public will easily be convinced they’ll get something for nothing.

But what we should be talking about here is moral principle. It’s not a question of whether MMT will work or not work. It won’t. It will work about as well as the economic policies of Venezuela and Zimbabwe. Or Argentina, where I am at the moment.

These schemes have never worked in all of history. They result in a vastly lower standard of living, along with social strife. MMT is about radically increased government control. The argument shouldn’t be over whether MMT will “work” or not. The argument should be about whether it’s moral and proper for people in the government – whether elected or appointed – to print money to change the economy into something that suits them better.

Money represents the hours of your life that you spent earning it. That’s the basic principle here. It represents concentrated life – all the things you want to have and do for yourself, and provide for others in the future.

When these people destroy the value of money, they’re destroying part of your life.

“Inflation” isn’t caused by greedy butchers, bakers, and gasoline makers. It’s caused by an excess of purchasing media. MMT will give the State total control of its quantity and quality.

If the government increases the money supply by, say, 10 times, general prices will go up by 10 times. The value of your dollar savings will drop 90% – perhaps most Americans won’t care, because they have no savings, just debt.

In any event, some people will get hold of a lot more of that 10x increase than others. And they’ll get hold of it earlier, before prices really take off.

Look, absolutely every government intrusion into the economy – whether it’s taxes or regulations or inflation – always benefits the people in and around the government. And damages society as a whole.

But they’re sold to the voters, to the hoi polloi, to the “head count,” as something that will put them on easy street. Which is a lie, of course.

But that’s not what the argument should be about. The average guy doesn’t understand economics; he doesn’t think, he feels.

Furthermore, nobody talks about whether cockamamie ideas like MMT are morally right or wrong. Instead, they have pointless and ridiculous arguments about whether it works or not. Well, it doesn’t work. But that’s a distraction.

This matter is essentially a moral question, not a technical question. Does somebody in government have a right to determine your economic destiny? Or not?

The fact that Alexandria Ocasio-Cortez [AOC] – an ambitious, terminally ignorant, morally crippled 29-year-old Puerto Rican bartender – is setting the tone for this whole discussion tells you how degraded the U.S. has become. It’s well on its way to turning into a giant welfare and police state.

But, as you know, I always look on the bright side. Which is that – if you give yourself a little psychological distance – this is all a comedy.

AOC, The Donald, Bolton, Bernie Sanders, Pocahontas, Hillary, Kamala, etc., etc. They’re all dangerous megalomaniacs. But the chimpanzees listen to them, choose teams, hang on to their every word, support them, and are easily incited to hoot and pant at each other.

The American public is going to get exactly what it deserves. I have no sympathy for them. Or about as much as I would have had for the Romans in the fifth century, when the empire was collapsing.

Clearly, there are many strange things afoot in the world. Distortions of markets, distortions of culture. It’s wise to wonder what’s going to happen, and to take advantage of growth while also being prepared for crisis. How will you protect yourself in the next crisis? See our PDF guide that will show you exactly how. Click here to download it now.