Authored by Pepe Escobar via The Saker blog, 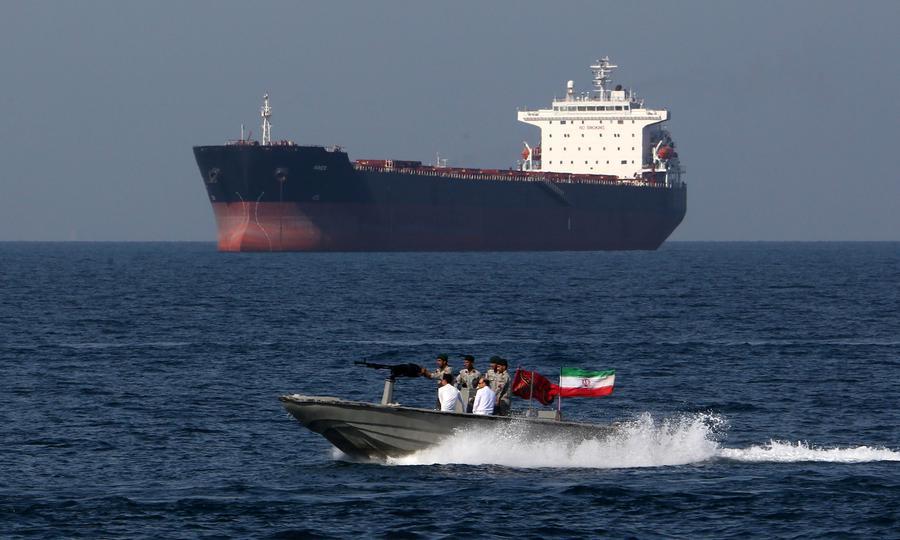 Iranian soldiers take part in National Persian Gulf Day in the Strait of Hormuz on April 30, 2019. There is concern about a blockade of the Strait and the disastrous impact that could have on the price of oil and world financial markets. Photo: AFP / Atta Kenare

Unlike Deep Purple’s legendary ‘Smoke on the Water’ – “We all came out to Montreux, on the Lake Geneva shoreline”, the 67th Bilderberg group meetings produced no fire and no smoke at the luxurious Fairmont Le Montreux Palace Hotel.

The 130 elite guests had a jolly good – and theoretically quiet – time at the self-billed “informal discussion forum concerning major issues”. As usual, at least two-thirds were European decision-makers, with the rest coming from North America.

The fact that a few major players in this Atlanticist Valhalla are closely associated with or directly interfering with the Bank for International Settlements (BIS) in Basel – the central bank of central banks – is of course just a minor detail.

The major issue discussed this year was “A Stable Strategic Order”, a lofty endeavor that can be interpreted either as the making of a New World Order or just a benign effort by selfless elites to guide mankind to enlightenment.

Other items of discussion were way more pragmatic – from “The Future of Capitalism”, to “Russia”, “China”, “Weaponizing Social Media”, “Brexit”, “What’s Next for Europe”, “Ethics of Artificial Intelligence” and last but not least, “Climate Change”.

Disciples of Antisthenes would argue that these items constitute precisely the nuts and bolts of the New World Order.

The chairman of Bilderberg’s steering committee, since 2012, is Henri de Castries, former CEO of AXA and the director of the Institut Montaigne, a top French think tank.

One of the key guests this year was Clement Beaune, the European and G20 counselor to French President Emmanuel Macron.

Bilderberg prides itself for enforcing the Chatham House Rule, according to which participants are free to use all the precious information they wish because those who attend these meetings are bound to not disclose the source of any sensitive information or what exactly was said.

That helps ensure Bilderberg’s legendary secrecy – the reason for myriad conspiracy theories. But that does not mean that the odd secret may not be revealed.

The Castries/Beaune axis provides us with the first open secret of 2019. It was Castries at the Institut Montaigne who “invented” Macron – that perfect lab experiment of a mergers and acquisitions banker serving the establishment by posing as a progressive.

A Bilderberg source discreetly let it be known that the result of the recent European parliamentary elections was interpreted as a victory. After all, the final choice was between a neoliberal/Green alliance and Right populism; nothing to do with progressive values.

The Greens who won in Europe – contrary to the US Greens – are all humanitarian imperialists, to quote the splendid neologism coined by Belgian physicist Jean Bricmont. And they all pray on the politically correct altar. What matters, from Bilderberg’s perspective, is that the European Parliament will continue to be run by a pseudo-Left that keeps defending the destruction of the nation-state.

The derivatives clock is ticking 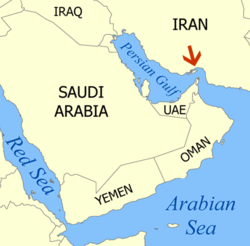 The great Bilderberg secret of 2019 had to do with why, suddenly, the Trump administration has decided that it wants to talk to Iran “with no preconditions”.

It all has to do with the Strait of Hormuz. Blocking the Strait could cut off oil and gas from Iraq, Kuwait, Bahrain, Qatar and Iran – 20% of the world’s oil. There has been some debate on whether this could occur – whether the US Fifth Fleet, which is stationed nearby, could stop Tehran doing this and if Iran, which has anti-ship missiles on its territory along the northern border of the Persian Gulf, would go that far.

An American source said a series of studies hit President Trump’s desk and caused panic in Washington. These showed that in the case of the Strait of Hormuz being shut down, whatever the reason, Iran has the power to hammer the world financial system, by causing global trade in derivatives to be blown apart.

The Bank for International Settlements said last year that the “notional amount outstanding for derivatives contracts” was $542 trillion, although the gross market value was put at just $12.7 trillion. Others suggest it is $1.2 quadrillion or more. 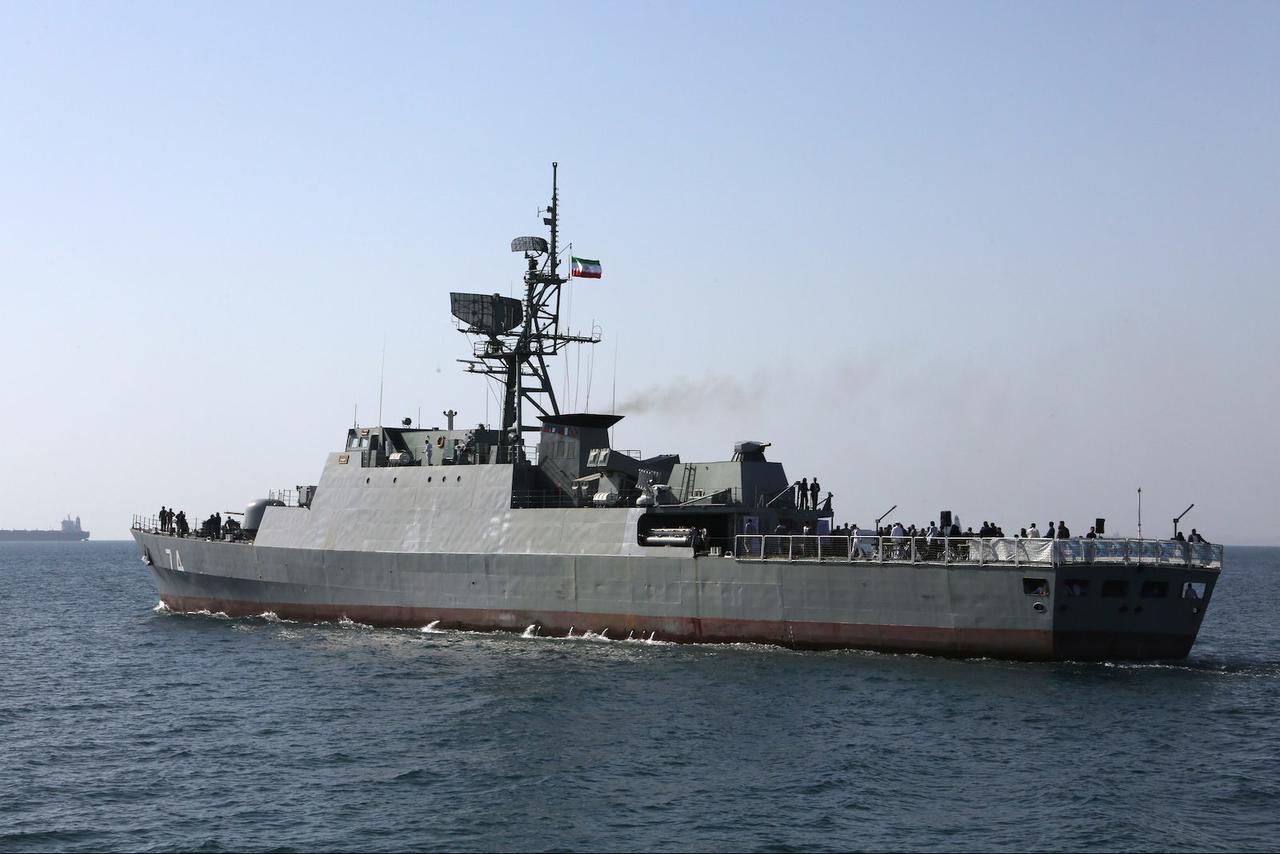 An Iranian Navy warship is seen in the Strait of Hormuz on April 30, amid talk that Tehran may block the Strait if relations with the US plunge further. Photo: AFP / Atta Kenare

Tehran has not voiced this “nuclear option” openly. And yet General Qasem Soleimani, head of the Iranian Revolutionary Guards Corps’ Quds Force and a Pentagon bête noire, evoked it in internal Iranian discussions. The information was duly circulated to France, Britain and Germany, the EU-3 members of the Iran nuclear deal (or Joint Comprehensive Plan of Action), also causing a panic.

Oil derivative specialists know well that if the flow of energy in the Gulf is blocked it could lead to the price of oil reaching $200 a barrel, or much higher over an extended period. Crashing the derivatives market would create an unprecedented global depression.

And Trump himself seems to have given the game away. He’s now on the record essentially saying that Iran has no strategic value to the US. According to the American source:

And that brings us to Secretary of State Mike Pompeo’s long, non-scheduled stop in Switzerland, on the Bilderberg’s fringes, just because he’s a “big cheese and chocolate fan”, in his own words.

Yet any well-informed cuckoo clock would register he badly needed to assuage the fears of the trans-Atlantic elites, apart from his behind-closed-doors meetings with the Swiss, who are representing Iran in communications with Washington. After weeks of ominous threats to Iran, the US said “no preconditions” would be set on talks with Tehran, and this was issued from Swiss soil.

China draws its lines in the sand

Bilderberg could not escape discussing China. Geo-poetic justice rules that virtually at the same time, China was delivering a powerful message – to East and West – at the Shangri-La Dialogue in Singapore.

The Shangri-La dialogue is Asia’s top annual security forum, and unlike Bilderberg, held like clockwork at the same hotel in Singapore’s Orchard Road. As much as Bilderberg, Shangri-La discusses “relevant security issues”.

A case can be made that Bilderberg frames the discussions as in the recent cover story of a French weekly, owned by a Macron-friendly oligarch, titled “When Europe Ruled the World”. Shangri-La instead discusses the near future – when China may be actually ruling the world.

Beijing sent a top-of-the-line delegation to this year’s forum, led by Defense Minister General Wei Fenghe. And on Sunday, General Wei laid down China’s unmistakable red lines; a stern warning to “external forces” dreaming of independence for Taiwan, and the “legitimate right” for Beijing to expand man-made islands in the South China Sea.

By then everyone had forgotten what Acting US Secretary of Defense Patrick Shanahan had said the day before, accusing Huawei to be too close to Beijing and posing a security risk to the “international community”.

General Wei also found time to rip Shanahan to shreds. “Huawei is a private company, not a military company… Just because the head of Huawei used to serve in the army, does not mean his company is a part of the military. That doesn’t make sense.”

Shangri-La is at least transparent. As for Bilderberg, there won’t be any leaks on what the Masters of the Universe told Western elites about the profitability of pursuing the war on terror; the drive toward total digitalization of cash; total rule of genetically modified organisms; and how climate change will be weaponized.

At least the Pentagon has made no secret, even before Shangri-La, that Russia and China must be contained at all costs – and the European vassals must toe the line.

Henry Kissinger was a 2019 Bilderberg participant. Rumors that he spent all his time breathlessly plugging his “reverse Nixon” – seduce Russia to contain China – may be vastly overstated.