Authored by Matt Agorist via TheFreeThoughtProject.com, 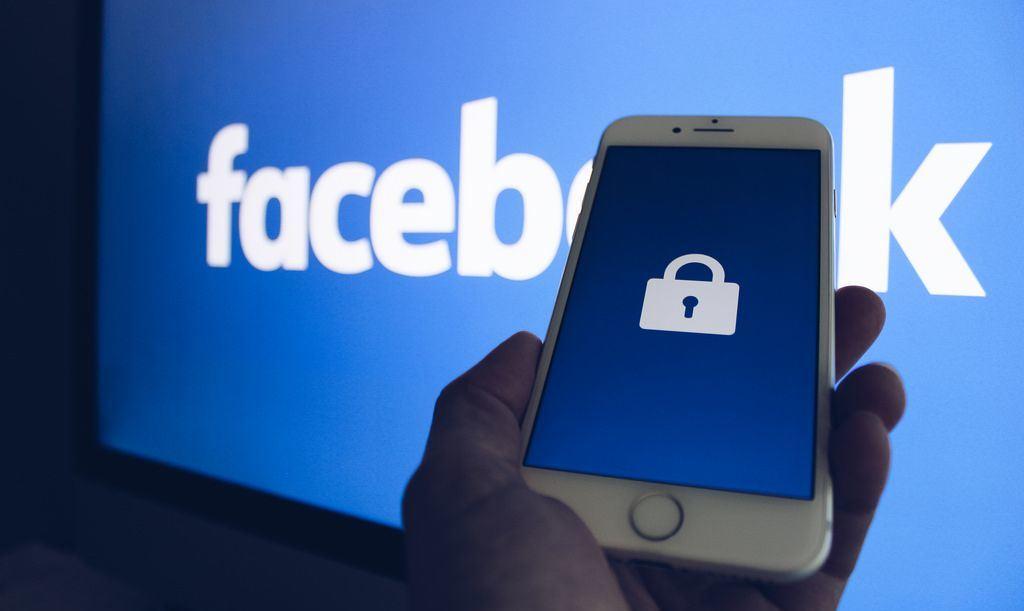 As the Free Thought Project has previously reported, the phrase “Facebook is a private company” is not accurate as they have formed a partnership with an insidious neoconservative “think tank” known as the Atlantic Council which is directly funded and made up of groups tied to the pharmaceutical industry, the military industrial complex, and even government itself. The Atlantic Council dictates to Facebook who is allowed on the platform and who is purged.

Because the Atlantic Council is funded in part by the United States government—and they are making decisions for Facebook—this negates the claim that the company is private.

Since our six million followers and years of hard work were wiped off the platform during the October purge, TFTP has consistently reported on the Atlantic Council and their ties to the social media giant. This week, however, we’ve discovered something just as ominous—the government to Facebook pipeline and revolving door.

It is a telltale sign of a corrupt industry or company when they create a revolving door between themselves and the state. Just like Monsanto has former employees on the Supreme Court and Pharmaceutical industry insiders move back and fourth from the FDA to their companies, we found that Facebook is doing the same thing.

Below are just a few of corrupt connections we’ve discovered while digging through the list of current and former employees within Facebook.

Facebook’s Head of Cybersecurity Policy—aka, the man who doles out the ban hammer to anyone he wishes—is Nathaniel Gleicher. Before Gleicher was censoring people at Facebook, he prosecuted cybercrime at the U.S. Department of Justice, and served as Director for Cybersecurity Policy at the National Security Council (NSC) in the Obama White House.

While Facebook may have an interest in seeking out Gleicher’s expertise, this man is an outspoken advocate of tyranny.

After deleting the pages of hundreds of antiwar and pro-peace media and activist outlets in October, last month, Facebook made another giant move to silence. This time, they had no problem noting that they went after pages whose specific missions were “anti-corruption” or “protest” movements. And it was all headed up by Gleicher.

“Some of the Pages frequently posted about topics like anti-NATO sentiment, protest movements, and anti-corruption,” Gleicher wrote in a blog post.

“We are constantly working to detect and stop this type of activity because we don’t want our services to be used to manipulate people.”

In 2017, as the Russian/Trump propaganda ramped up, Facebook hired Joel Benenson, a former top adviser to President Barack Obama and the chief strategist for Hillary Clinton’s failed 2016 presidential campaign, as a consultant.

Highlighting the revolving door aspect of Facebook and the US government is Sarah Feinberg who left the Obama train in 2011 to join Facebook as the director of corporate and strategic communications. She then moved on after and went back to Obama in 2015 to act as the administrator of the Federal Railroad Administration (FRA).

Starting to see a pattern of political influence here? You should. But just in case you don’t, the list goes on.

Meredith Carden—who, you guessed, came from the Obama administration—joined the Facebook clan last year to be a part of Facebook’s “News Integrity Team.” Now, she’s battling fake news on the platform and as we’ve shown, there is a ridiculous amount of selective enforcement of these so-called “standards.”

In fact, there are dozens of former Obama staffers, advisers, and campaign associates who quite literally fill Facebook’s ranks. It is no wonder the platform has taken such a political shift over the past few years. David Ploufe, Josh W. Higgins, Lauryn Ogbechie, Danielle Cwirko-Godycki, Sarah Pollack, Ben Forer, Bonnie Calvin, and Juliane Sun, are just some of the many Facebook execs hailing out of the Obama era White House.

But fret not right wingers, Facebook likes their neocons too.

Jamie Fly, who was a top adviser to neocon Florida Senator Marco Rubio and who started his career in US political circles as an adviser to the George W. Bush administration, actually took credit for the massive purge of peaceful antiwar pages that took place last October.

“They can invent stories that get repeated and spread through different sites. So we are just starting to push back. Just this last week Facebook began starting to take down sites. So this is just the beginning,” Fly said in December.

Fly backs up his words with the fact that he works with Facebook’s arm of the Atlantic Council to ensure those dangerous antiwar folks don’t keep pushing their propaganda of peace and community.

Joel David Kaplan is Facebook’s vice president of global public policy. Prior to his major role within Facebook, Kaplan took the place of neocon extraordinaire Karl Rove as the White House Deputy Chief of Staff for George W. Bush. Before that, from 2001 to 2003 he was Special Assistant to the President for Policy within the White House Chief of Staff’s office. Then he served as Deputy Director of the Office of Management And Budget (OMB).

Myriah Jordan was a special policy assistant in the Bush White House, who was hired on as a policy manager for Facebook’s congressional relations team—aka, a lobbyist. Jordan has moved back and forth between the private sector and the US government multiple times over his career as he’s made millions greasing the skids of the state for his corrupt employers. 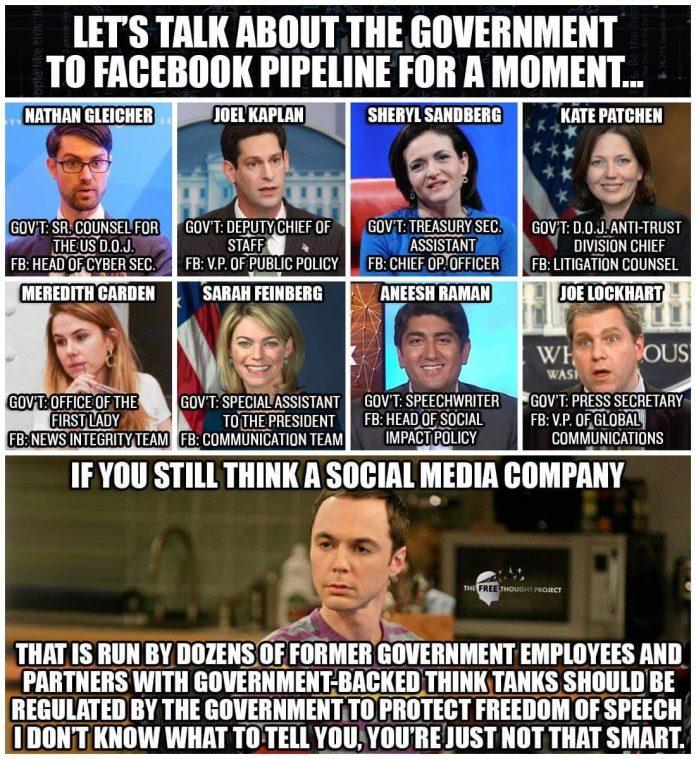 So there you have it. Facebook, who claims to be a private entity, is quite literally made up of and advised by dozens of members of government. We’re ready for a change, are you?