In a sign that Huawei is increasingly reliant on adversaries of NATO and the West to bolster its grip om global 5G dominance as Washington conspires to run it out of the west, the Guardian reports that the Chinese telecoms giant has struck a deal with an unlikely ally, Russian Telecoms giant MTS, to develop a 5G network in Russia over the coming year. 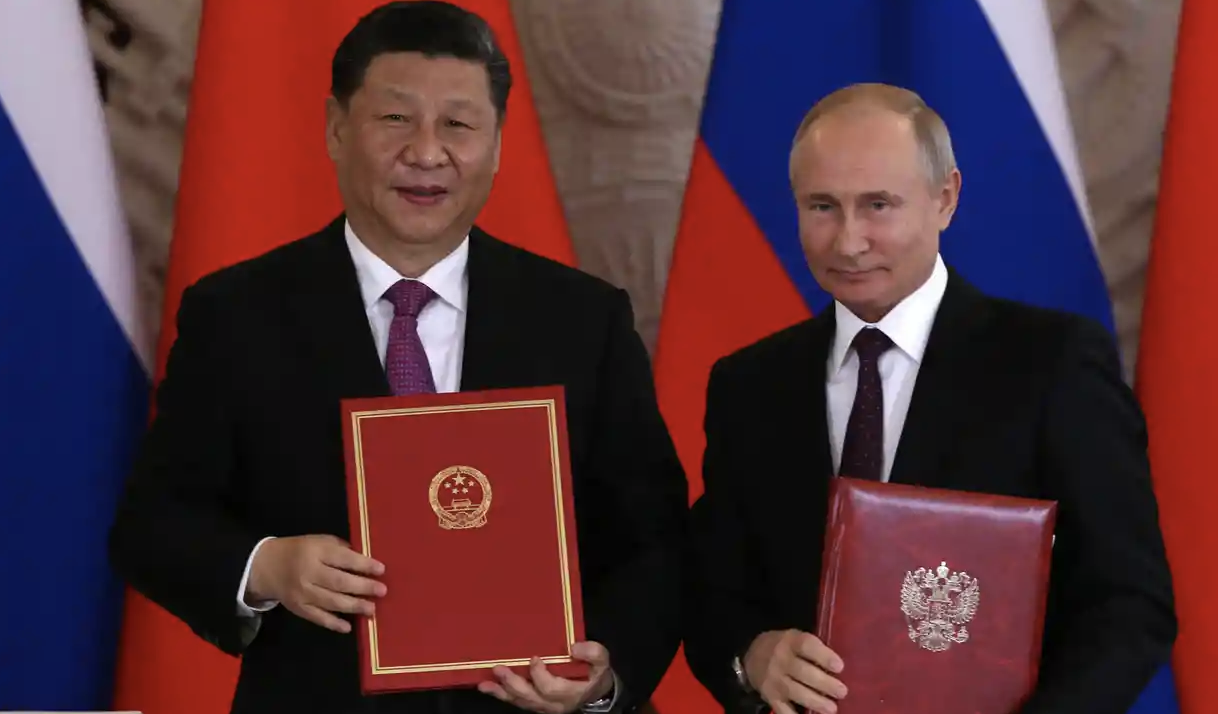 The deal will see “the development of 5G technologies and the pilot launch of fifth-generation networks in 2019-2020.” MTS said in a statement on Wednesday.

In a statement, Huawei’s Chairman Guo Ping said he was “very happy” with the agreement “in an area of strategic importance like 5G.”

During the meeting in Moscow, Putin repeatedly praised Xi as a “close friend,” noting that they had met nearly 30 times over the past six years. The trip is Xi’s eighth to Russia since 2012.

In a statement on the issu, Huawei’s Guo Ping, one of the company’s chairmen on rotation, said he was “very happy” with the agreement “in an area of strategic importance like 5G.”

Huawei, the Chinese technology company considered a security threat by the US, has signed a deal with Russian telecoms giant MTS to develop a 5G network in the country over the next year. This even as dozens of telecoms companies in the US and Europe have preemptively cut ties with the Chinese internet giant, opening another front in the US-China trade conflict.