Authored by Irina Slav for Oilprice.com, 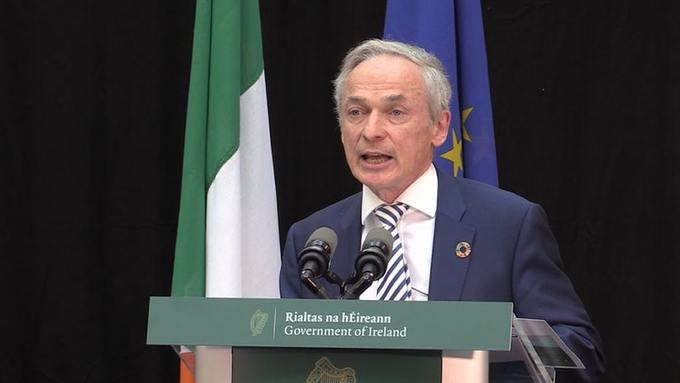 ITV quoted the minister as saying,

“We’re reaching a tipping point in respect of climate deterioration. Things will deteriorate very rapidly unless we move very swiftly and the window of opportunity to do that is fast closing.”

The move, which followed cross-party support to amendments to a climate action report drafted by the country’s parliament, made Ireland the second country in the world to declare a climate emergency after the UK. In the latter, the declaration followed crippling environmentalist protests in London that paralyzed parts of the city.

In its wake, an independent, government-appointed Committee on Climate Change recommended to the government such measures as reducing the consumption of meat and dairy products, changing the way farms do business, and making electric cars the only cars that people can buy starting in 2035. By 2050, according to the panel, the country should be greenhouse gas emission-free.

It looks like climate emergency declarations could become a trend: hours after media reported the Irish parliament’s vote for an emergency, the New Zealand Vegan Society issued a call for the government to declare a climate emergency.

“New Zealand is woeful in its protection of the environment, with many rivers and waterways polluted, in part due to excess dairying in particular regions. It shows that we are simply not doing enough to protect our part of the world,” the call read.

“It is the next biggest inconvenient truth… eating animals is causing habitat loss, driving climate change and the 6th mass extinction wave. What can we do? The answer is simple: go vegan and plant trees!” said a Vegan Society Aotearoa New Zealand representative, Claire Insley.

It is likely that more activism will follow elsewhere, and if persistent enough it would lead to more climate emergency declarations. The question remains, however, whether declarations would spur enough effective-immediately legislation that could effect a comprehensive energy demand change in whole nations.

Meanwhile, new renewable energy capacity additions have stalled, with growth in 2018 flat on the year, according to new figures from the International Energy Agency.