A new Bloomberg report details “Kim Jong Un’s Game of Thrones” as he appears to be rapidly changing high level posts connected with nuclear negotiations with the United States, suggesting a change in negotiating strategy following President Trump’s walking away from the Hanoi talks in February.

The report concludes that the “swirl of mysterious personnel changes” in Pyongyang signals a dramatic makeover as Kim purges ranks, including the North Korean dictator’s own sister who’s quickly faded to the background in a possible demotion along with his chief nuclear negotiator.

The shake-up further follows Kim’s first historic meeting with President Putin in Russia last month, and is fueling speculation that Pyongyang could be ready to approach US talks with a firmer line, given observers have seen no evidence North Korea is ready to given up any aspect of its nuclear program in exchange for sanctions relief.

It comes after last month The New York Times reported that ongoing leadership changes in the ruling Workers’ Party signaled preparations for “protracted negotiations” based on replacing “aging senior officials with younger, more aggressive ones and vowed repeatedly to overcome the sanctions.”

Weeks ago Kim told a government assembly that he remains “open” to another meeting with Trump, but with conditions.

He indicated in a public speech: “I am willing to accept if the United States proposes a third North Korea-United States summit on the condition that it has a right attitude and seeks a solution that we can share,” according to the Times.

“What is clear is that if the United States sticks to its current political calculations, it will darken the prospects for solving the problem and will in fact be very dangerous,” Kim said during the April 10 remarks.

Below are some of the highlights of Kim Jong Un’s Game of Thrones style shake-up from the Bloomberg report. 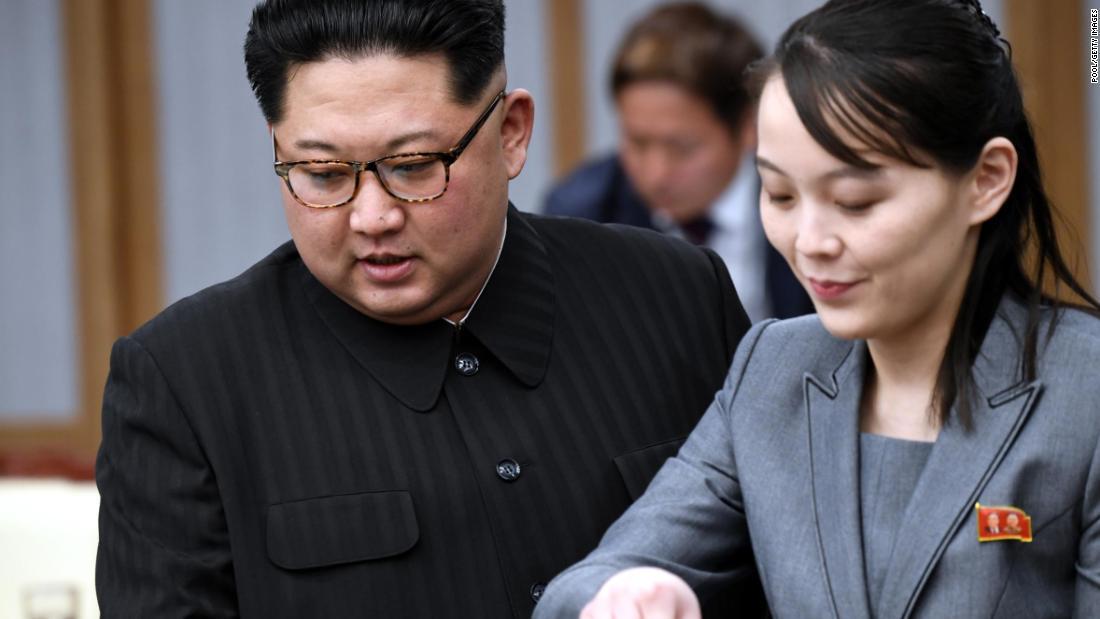 Part royal representative, part personal assistant, Kim Yo Jong has emerged as one of her older brother’s closest aides in recent months. While she became the first member of the ruling family to visit Seoul and accompanied Kim Jong Un in his summits with Trump and Chinese President Xi Jinping, she’s also performed mundane tasks, such as helping the leader extinguish a cigarette during a train stop in China.

That proximity to power has made Kim Yo Jong’s disappearance in recent weeks all the more intriguing. Besides being left off a list of newly elected Political Bureau alternate members last month, she was absent from the Putin meetings. In fact, she hasn’t appeared in any state media since the early April reshuffle, after participating in nine public events earlier in the year, according to a tally by the North Korea news site NKPro.

The nuclear deterrence expert who was initially relatively unknown became point man for negotiations in Hanoi, but has since completely dropped from view. 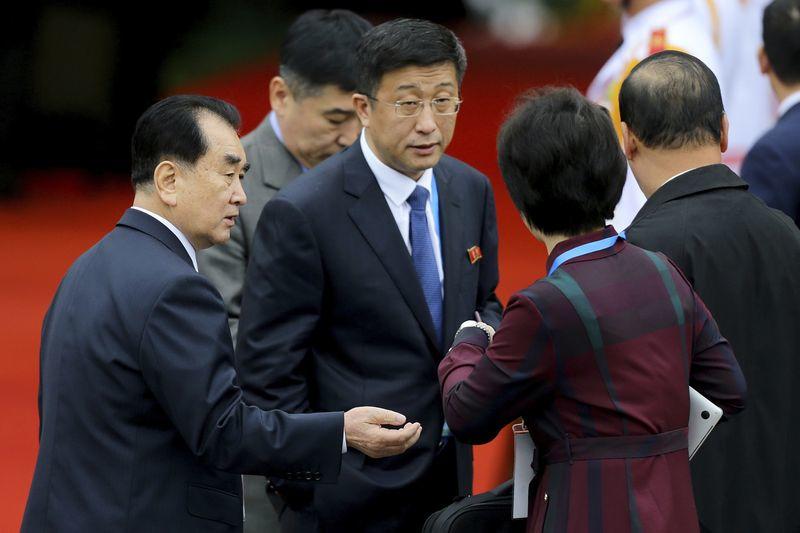 A career diplomat known for his expertise in nuclear deterrence against the U.S., Kim Hyok Chol’s appointment as counterpart to the Trump administration’s chief envoy Stephen Biegun earlier this year surprised North Korea watchers. One South Korean TV outlet drew a circle around him in a video from a White House meeting between Trump and North Korean officials, asking who he was.

In the aftermath of the Hanoi talks, Kim Hyok Chol has plunged back into obscurity, receiving no mention in state media reports. That could reflect his relatively low rank in Pyongyong’s power structure — or suggest a purge. Lee Hye-hoon, the South Korean lawmaker, said intelligence officials wouldn’t confirm whether Kim Hyok Chol had been punished.

Powerful former spy chief, he was the main emissary between Trump and Kim Jong Un, helping arrange both Trump-Kim summits, but he’s just been replaced as head of a key ruling party department.

Per the Bloomberg report:

Last month, Kim Yong Chol was unexpectedly replaced as head of the ruling party’s United Front Department by a lesser-known official and was absent from Kim Jong Un’s side during meetings with Putin last week in Russia. Experts disagree over whether the change was a demotion. He was re-appointed to the 14-member State Affairs Commission led by Kim Jong Un and is believed to have retained his various ruling party positions.

Appears to be more central in decision making, perhaps displacing Chol in terms of influence.

The veteran diplomat who once denounced Trump at the United Nations as a “mentally deranged person, full of megalomania” has maintained a central foreign policy role since Hanoi. In addition to being re-appointed to the State Affairs Commission last month, he’s also appeared repeatedly by Kim Jong Un side in recent diplomatic events, including the meetings with Putin in Vladivostok.

From diplomat and translator, her rapid rise to first vice foreign minister – but more importantly her apparent closeness to Kim – has stunned observers.

Among the most surprising developments has been the ascent of Choe Son Hui. The blunt-spoken diplomat was once best known to foreign negotiators as a translator who took liberties with her boss’s words during six-party talks, according to Chun Yung-woo, a former South Korean nuclear envoy.

Since participating the Hanoi talks, Choe has been promoted to the State Affairs Commission alongside Ri and received the title of first vice foreign minister. She has enjoyed other nods of trust from Kim Jong Un, sharing his table with Putin at their Vladivostok banquet and briefing the foreign media, where she conveyed what she said were the supreme leader’s personal views.