Authored by Mike Shedlock via MishTalk,

Brexit chief negotiator, Michel Barnier, is boxing with the wind, landing no punches with wild blasts at the UK. 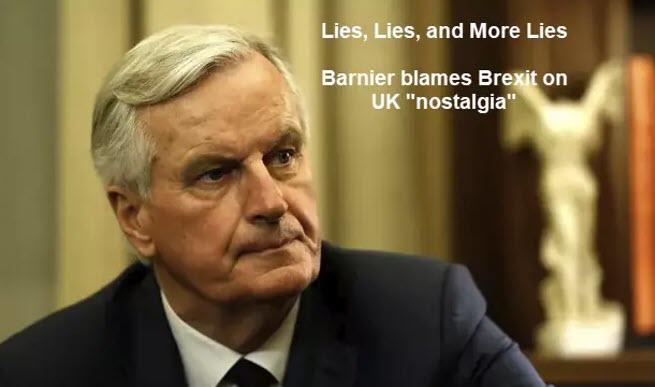 Looking for humorous lies of the day? I can help.

Please consider EU Chief Negotiator Blames Brexit on ‘Nostalgia for the Past’.

Of all the lies, point 5 is a standout.

Barnier admitting using the Irish backstop as a means to permanently trap the UK. 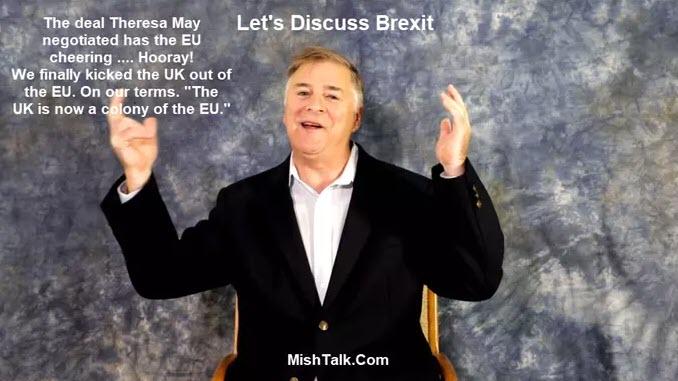 I have clips of Barnier on video: Let’s Discuss Brexit (and How the EU Bragged, on Film, About Screwing the UK)