Authored by Mike Adams via NatrualNews.com,

Liberal cities across America are collapsing into Third World status. It’s not just the fact that San Francisco’s streets are now littered with drug needles and human feces, either. Seattle is also collapsing into rampant homelessness and drug addiction, creating an entire class of impoverished, homeless residents who are breeding grounds for HIV and other infectious diseases. 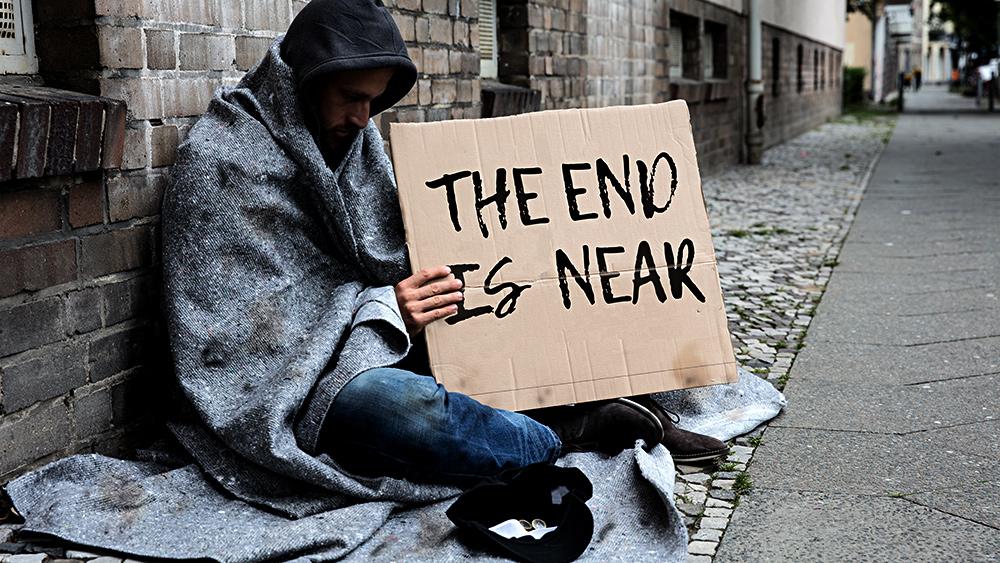 Yet Seattle’s liberal city leaders — like all “progressives” — are unwilling to take any action to resolve the problems in the first place. Instead, they enact new policies that make the problems worse while calling it “progress.”

Local reporter Eric Johnson recently released a documentary called Seattle is Dying which dared to document the city’s collapse into Third World status. (See video below.) But instead of working to resolve the root of the problem (i.e. brain dead liberal economic policies that always lead to destitution and collapse), the city’s elite have launched a P.R. campaign to brainwash local citizens with engineered happy messages that are dutifully broadcast by local news networks.

Earlier this month, leaked documents revealed that a group of prominent nonprofits—the Bill & Melinda Gates Foundation, the Campion Advocacy Fund, the Raikes Foundation, and the Ballmer Group—hired a PR firm, Pyramid Communications, to conduct polling, create messaging, and disseminate the resulting content through a network of silent partners in academia, the press, government, and the nonprofit sector. The campaign, #SeattleForAll, is a case study in what writer James Lindsay calls “idea laundering”—creating misinformation and legitimizing it as objective truth through repetition in sympathetic media.

This propaganda campaign, of course, is exactly what the vaccine industry does on a daily basis all across America. Monsanto and the GMO industry has been pursuing the same dishonest tactics for years. First, they fabricate industry lies and pay off doctors and health experts to sign their names to industry-funded junk science. Then they issue propaganda directives to the corporate-run media which dutifully broadcasts all their propaganda. From there, the tech giants shadowban and de-platform anyone who opposes the “official narrative.”

So now, Seattle’s wealthy elite are trying to brainwash the population into rejecting the evidence right in front of their own eyes. Seattle is rapidly turning into a s##thole liberal city, because liberals destroy everything they control.

Although it’s verboten to mention this in the we’re-so-fabulous local media, many of these high-cost urban regions are hopelessly dysfunctional. Taxpayers have ponied up billions of dollars in new taxes, fees and bond measures, and yet none of the problems that make daily life miserable ever get better.

The forced flight from unaffordable and dysfunctional urban regions is as yet a trickle, but watch what happens when a recession causes widespread layoffs in high-wage sectors and suddenly the hipster bistro that was always jammed is empty, and then shuttered. To replaced the taxes lost to layoffs and closed businesses, the political class will have no choice but to launch a frenzy of higher taxes, fees and surcharges on those left behind.

Every liberal city headed toward a Venezuela-style collapse

This story is about much more than just Seattle. What every American needs to understand is that liberals are right now in the process of economically gutting every major U.S. city that’s under their control.

Chicago, Los Angeles, San Francisco, New York City, Houston, Miami, Denver, Portland and other liberal cities are all headed toward total economic and humanitarian disaster. Leftist policies always breed homelessness, drug addiction, disease and starvation. In cities like Seattle, the government even pays for needles and drugs to continue supporting the substance abuse habits of local citizens. If liberals regain the White House in the future, they will do the same thing to America that they’re right now doing to Seattle.

Instead of solving problems, liberals would much rather portray those who suffer from the problems as “victims” of oppression. Yet it’s the liberal / Democrat policies that are creating these nightmare conditions to begin with, driving people out of jobs with mandatory minimum wage hikes, for example, that also cause business owners to flee the cities and states run by liberals.

Listen to my recent podcast which explains more about where this is all headed:

And get out of the liberal cities while you still can. Sooner or later, they are going to start confiscating pensions and private property to fund their insane spending sprees in a desperate effort to keep buying votes from the very same people they have trapped in a cycle of poverty and hopelessness.

There will come a day when you can no longer sell your home in Chicago, for example, because the government’s confiscatory taxes on all real estate sales will make it nearly pointless to engage in real estate transactions at all.

It’s all going to hit the fan in the coming years, and liberal cities will collapse much like Venezuela. Get out while you can still sell your property for something close to its actual value. Buy a place in the country and practice self-reliance.