Just hours after Bernie Sanders announced that he will be seeking the 2020 Democratic nomination, New York City Mayor Bill de Blasio, who came ever-so-close to endorsing the “Democratic Socialist” in 2016, even threatening his relationship with the all-powerful Clintons by delaying his endorsement of Hillary by a few months, revealed that – once again – he would not be endorsing Bernie during the 2020 primary. 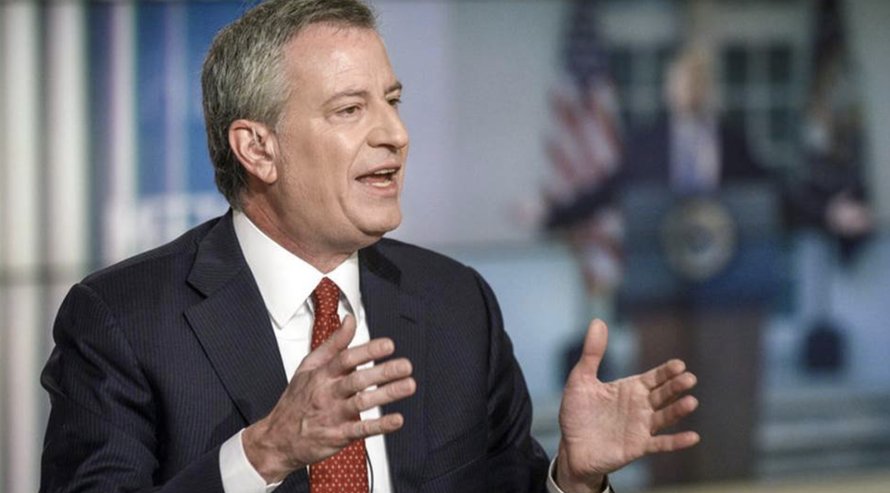 According to Bloomberg, not only did de Blasio decline to endorse Bernie Sanders’ bid for the Oval Office, the newly reelected New York City mayor affirmed that he hasn’t ruled out a 2020 bid of his own.

“I think Bernie did an incredible service for this country in his campaign in 2016, and it fundamentally changed the debate,” de Blasio said of the Vermont senator during a news conference in Brooklyn on Tuesday. “I think we’re in a new situation here. There’s obviously a different dynamic, and I think everyone should assess the current situation we’re in.

“I do not rule out any particular path for myself,” de Blasio said when asked by reporters whether he’s

By flirting with a Sanders endorsement in 2016, de Blasio tried to show that he might be willing to put his principles above his allegiance to Hillary, whose 2000 Senate campaign he managed. De Blasio also worked in the Clinton administration. And the former president swore him in when he started his first term as mayor.

Since then, De Blasio has made three-well publicized appearances with Bernie – who has already started staking his campaign on both his opposition to Trump and his support for pioneering support for a $15 minimum wage and Medicare for All – and even asked the Vermont Independent Senator to swear him in for his second term.

But it’s clear that de Blasio, riding high after his highly publicized tut-tutting of Amazon CEO Jeff Bezos in the New York Times, feels he has a shot at being the progressive, billionaire-bashing champion that the Democratic Party will inevitably choose to go up against Donald Trump in 2020.