More than two months have passed since doomed Canadian crypto exchange QuadrigaCX abruptly shut down on Jan. 28 before seeking bankruptcy petition a week later. And in that time, a stream of suspicious and at times hard to believe details have stoked speculation that its late founder, Gerald Cotten, who died suddenly in India late last year, purportedly taking the keys to Quadriga’s cold storage wallets with him, may have embezzled millions of dollars from his clients, or perhaps the funds were stolen in an undisclosed hack.

Whatever the case may be, it appears investigators are no closer to determining what happened to customers’ money, particularly since Quadriga’s bankruptcy court monitor, Ernst & Young, disclosed that some of the firm’s cold storage wallets had been empty since April. But in a long-awaited report on its findings released this week, EY recommended that Quadriga’s case be moved out of restructuring and into bankruptcy, arguing that it would offer an easier, more cost effective approach for returning at least some money to the firm’s creditors. 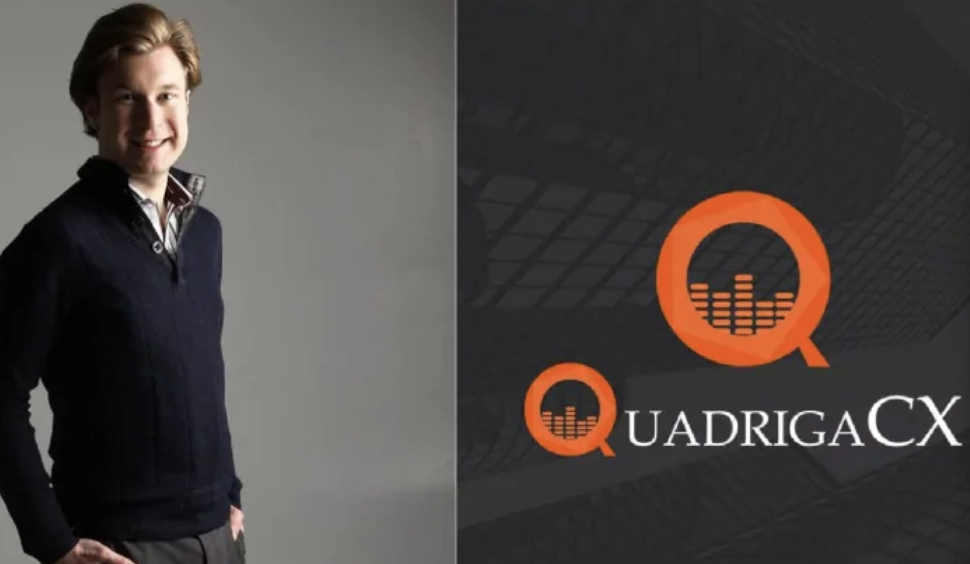 According to Bloomberg, the Vancouver-based exchange owes its clients roughly $195 million in crypto.

Not only have efforts to recover money from Quadriga itself proved fruitless (EY recommended that any funds from the sale of the trading platform itself could be returned to shareholders), but attempts to recover more than $4.5 million in bank drafts and receivables held by third-party payment processors have also led to a dead end.

Though the report is more than 240 pages long, here’s where it gets really interesting. Because EY discovered evidence that Cotten and/or Robertson may have embezzled money from Quadriga’s clients, the company is recommending that all of the assets held by Robertson and Cotten’s estate (of which she is the executor) be subjected to a “preservation agreement” – essentially, an asset freeze. Over time, this should help Quadriga’s creditors eventually recoup at least some of their money.

ASSET PRESERVATION REQUEST WITH JENNIFER ROBERTSON AND OTHER ENTITIES

36. During the course of the Monitor’s investigation into Quadriga’s business and affairs, the Monitor became aware of occurrences where the corporate and personal boundaries between Quadriga and its founder Gerald Cotten were not formally maintained, and it appeared to the Monitor that Quadriga funds may have been used to acquire assets held outside the corporate entity.

37. In order to further investigate these situations, and as noted in the Monitor’s Third Report, the Monitor requested additional details and information from Jennifer Robertson in her capacity as executor of the estate of Gerald Cotten (the “Cotten Estate”), as well as information relating to Ms. Robertson personally and her corporate or trust entities which may have been used by Ms. Robertson and/or Mr. Cotten to maintain assets. The Monitor also sought to obtain a voluntary preservation of assets agreement from the Cotten Estate and Ms. Robertson.

38. Discussions between the Monitor and counsel to Ms. Robertson and the Cotten Estate have culminated in a form of preservation of assets order (the “Asset Preservation Order”) which involves all assets held by the Cotten Estate, Ms. Roberston, the Seaglass Trust, Robertson Nova Consulting Inc., and Robertson Nova Property Management Inc. (collectively, the “Preserving Parties”) whether or not such assets are in the names of the respective parties and whether they are solely or jointly or beneficially owned. The Asset Preservation Order extends to assets which any of the Preserving Parties has the power, directly or indirectly, to dispose of or deal with as if it were their own. A copy of the draft Asset Preservation Order is attached as Appendix “G”.

40. Ms. Robertson and her counsel have agreed to prepare and disclose a list of relevant assets directly to the Monitor. Representative Counsel will also have an opportunity to review the disclosure when provided.

41. The Asset Preservation Order permits the Preserving Parties, with the consent of the Monitor, the ability to monetize certain assets where values may diminish during the term of the Asset Preservation Order, and provides for the payment and satisfaction of living expenses, property and maintenance preservation expenses and legal expenses. The Monitor (and Trustee if appointed) will continue to have an active role in the oversight of these monetization efforts and expenses.

42. With respect to monetizing certain assets, while the terms of the proposed Asset Preservation Order were being negotiated, Ms. Robertson and her counsel have consulted with the Monitor in respect of various potential asset sales and strategies in a collaborative manner.

43. In certain instances identified to date, interested third party purchasers of certain assets currently held in the name of the Preserving Parties have expressed some reluctance to pursue a transaction over concerns that future claims may “follow the assets” in their hands. To address this concern and to offer some comfort to future bona-fide third party purchasers, the Asset Preservation Order incorporates release language to assist and facilitate future sales:

EY’s 4th Report as Monitor in QuadrigaCX is this week’s most pissed-off document. Recommendations: CCAA->bankruptcy, freeze Robertson’s assets. https://t.co/zXRbRlM9eo They stop just short of recommending everyone go to jail, but they’re waggling their eyebrows in that direction.