Authored by Michael Snyder via The End of The American Dream blog,

Almost everyone that goes out to visit one of our major cities on the west coast has a similar reaction. 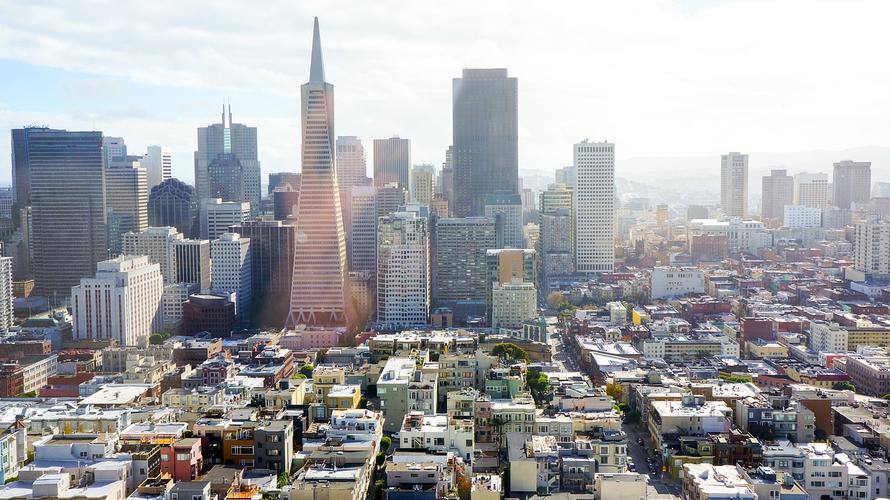 Those that must live among the escalating decay are often numb to it, but most of those that are just in town for a visit are absolutely shocked by all of the trash, human defecation, crime and public drug use that they encounter.  Once upon a time, our beautiful western cities were the envy of the rest of the world, but now they serve as shining examples of America’s accelerating decline.  The worst parts of our major western cities literally look like post-apocalyptic wastelands, and the hordes of zombified homeless people that live in those areas are too drugged-out to care.  The ironic thing is that these cities are not poor.  In fact, San Francisco and Seattle are among the wealthiest cities in the entire nation.  So if things are falling apart this dramatically now, how bad will things get when economic conditions really start to deteriorate?

Let’s start our discussion by looking at the rat epidemic in Los Angeles.  Thanks to extremely poor public sanitation, rats are breeding like mad, and at this point they have even conquered Los Angeles City Hall…

Officials at Los Angeles’ City Hall are considering ripping all of the building’s carpets up, as rats and fleas are said to be running riot in its halls.

A motion was filed by Council President Herb Wesson on Wednesday to enact the much needed makeover amid a typhus outbreak in the downtown area.

Wesson said a city employee had contracted the deadly bacterial disease at work, and now he’s urging officials to investigate the ‘scope’ of the long-running pest problem at the council building.

People from all over the world are drawn to Los Angeles because of what they have seen on television, but it is truly a filthy, filthy place.  The number of homeless has been rising about 20 percent a year, public drug use is seemingly everywhere, and there are mountains of trash all over the place.  Needless to say, rats thrive in such an environment, and the epic battle that one L.A. journalist is having with rats was recently featured in the L.A. Times…

Eastside, Westside, north and south, they’re everywhere. If you’re a rat, the California housing crisis has not hit you yet and it never will.

At our house, it sounded like the rats were having relay races in the ceiling, and they don’t wear sneakers. Your eyes blink and your leg twitches as you drift off to sleep knowing that if the plague comes back, you are living at ground zero.

In our garden, they devoured entire heads of lettuce. They destroyed my squash just before it was ripe and ready to eat. They stole my tomatoes, cilantro and Anaheim chili peppers. Were they bottling their own salsa?

But let’s not be too hard on Los Angeles, because the same things that are going on there are happening in major cities all over the western portion of the country.

For example, a massive rat infestation recently forced authorities to close a shockingly filthy homeless encampment under a bridge in Salem, Oregon…

Amid the trash, human despair and anguish, one weeping woman prepared to leave the most recent place she knows as home without any real inkling of where she’ll go next.

Terry Balow, an outreach worker with the Salvation Army, has been here for the darker moments of living life under a bridge — anger, mental illness, drug use and human frustration boiling over at times everywhere one looks.

Yet it was a rat infestation and concern about human health that prompted the city of Salem to move the campers out.

“It just grew and grew and got worse,” Balow said. “It’s badder than people can imagine.”

Yes, there have always been homeless encampments in this country, but in modern times we have never faced anything on the scale that we are facing now.

More than half a million Americans are homeless right now, and that number continues to grow.  And as it grows, communities will increasingly be forced to make some tough decisions.

I am quite eager to talk about San Francisco, but before we get to the City by the Bay, let’s take note of something that just happened in Denver.

If you are into public defecation, you will be very happy to learn that Denver just made it legal…

First, the obvious: The Denver City Council has voted unanimously to decriminalize a number of offenses, including defecating in public. Also, urinating in public. Camping on public or private land without permission. Panhandling. And lying across public rights-of-way, such as sidewalks.

Democrat Mayor Michael Hancock and city officials explained the new ordinances are designed to protect immigrants — legal and the other kind — from “unintended consequences.” These consequences were fines and longer jail terms, as has been customary in most places for violating the behavioral norms of civilized American society.

If only America’s founders could see us now.

They would be so proud.

Speaking of public defecation, San Francisco has become world famous for the piles of human poop that constantly litter their streets.  During one seven day stretch last summer, a total of 16,000 official complaints were submitted to the city about human feces.

Blessed with such beautiful natural surroundings and so much wealth, San Francisco should be a great place to visit, but that definitely is not the case.

When reporter John Stossel recently visited San Francisco, he was stunned by what he found…

San Francisco is a pretty good place to “hang out with a sign.” People are rarely arrested for vagrancy, aggressive panhandling or going to the bathroom in front of people’s homes. In 2015, there were 60,491 complaints to police, but only 125 people were arrested.

Public drug use is generally ignored. One woman told us, “It’s nasty seeing people shoot up — right in front of you. Police don’t do anything about it! They’ll get somebody for drinking a beer but walk right past people using needles.”

In San Francisco they actually give out free syringes to drug addicts, and it is being reported that they handed out a total of 5.8 million free syringes in 2018.

That is a lot of syringes.

They also try to get the syringes back in order to prevent the spread of disease, but that hasn’t been too successful…

There’s just one problem – well, more than one – despite spending an extra $1.8 million last year in an effort to retrieve needles, the San Francisco Chronicle reports that the department handed out about 2 million more syringes than it got back… many of which are now washing around the streets of one of the richest cities in America (along with the feces of their users).

And with so much public drug use going on, it should be no surprise that crime is completely and totally out of control.  Here is more from John Stossel…

Each day in San Francisco, an average of 85 cars are broken into.

“Inside Edition” ran a test to see how long stereo equipment would last in a parked car. Their test car was quickly broken into. Then the camera crew discovered that their own car had been busted into as well.

It has been said that “as goes California, so goes the country”, and if this is where the rest of the nation is headed then we are in serious trouble.

When Bill Blain recently visited San Francisco, he was so horrified by what he encountered that he felt he must write about it…

I hope my American hosts will forgive me for raising this, but the squalor we saw in The City was frightful. San Francisco has always been one of favourite US cities, but the degree of homelessness, mental illness and drug abuse we saw on this trip was truly shocking. Walking round SF on a Sunday Morning and we saw sights we couldn’t believe. This must be one of the richest cities in the world – home to 4 of the 10 richest people on the planet according to Wiki. I asked friends about it, and they shrugged it off.. “The City has always attracted the homeless because of the mild weather,”.. “It’s a drug thing”.. “its too difficult”… “you get used to it..”

I found it quite shocking the number of folk sleeping rough on the sidewalks, the smell of weed and drug impedimenta everywhere, the filth, mental illness and degradation on view just a few meters from the financial centre driving Silicon Valley. It’s a city where the destitute seem to have become invisible to the Uber hailing elites. We found ourselves hopping on one of the beautiful F-Route Trolley Buses to find nearly every seat occupied by someone lugging around their worldly possessions around in a plastic bag. It was desperately sad.

San Francisco has a new mayor, and they are going to spend millions upon millions of dollars to try to clean up the streets.

But it won’t be easy to turn things around, because more drug users and homeless people are moving into the city every single day…

And San Francisco is generous. It offers street people food stamps, free shelter, train tickets and $70 a month in cash.

“They’re always offering resources,” one man dressed as Santa told us. “San Francisco’s just a good place to hang out.”

So, every week, new people arrive.

We like to think that we are setting a positive example to the rest of the world, but the truth is that they are laughing at us.

America is in an advanced state of decay, and it is getting worse with each passing year.

If we keep doing the same things we will keep getting the same results, and right now there are no signs that the overall direction of this nation will change any time soon.