Western Europe is home to a cluster of developed economies that boost some of the highest standards of living in the world. But that could soon change. Because as Evan Horowitz writes on NBC News’s new “Think” vertical, IQ scores in France, Scandinavia, Britain, Germany and even Australia are beginning to decline.

The trend has been well-documented across Western Europe, and could soon carry over to the US as well. Which means the data have confirmed what millions of Americans who have watched cable news or logged on to twitter over the past three years probably already suspected: The world is getting dumber. 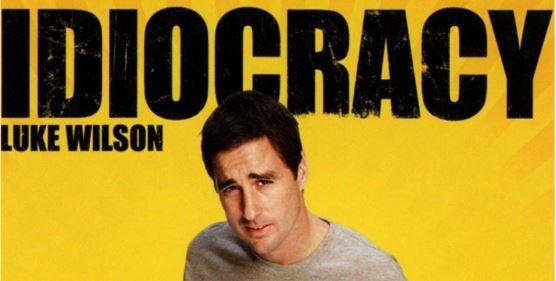 And just like that, another sign of the ‘Idiocracy’ apocalypse has emerged. Though, unlike the movie, which posits that the population of Earth will become steadily dumber as stupid people outbreed their more intelligent compatriots, the cause of the trend in Europe has yet to be determined, because even the children of relatively intelligent Europeans are getting dumber.

Details vary from study to study and from place to place given the available data. IQ shortfalls in Norway and Denmark appear in longstanding tests of military conscripts, whereas information about France is based on a smaller sample and a different test. But the broad pattern has become clearer: Beginning around the turn of the 21st century, many of the most economically advanced nations began experiencing some kind of decline in IQ.

One potential explanation was quasi-eugenic. As in the movie “Idiocracy,” it was suggested that average intelligence is being pulled down because lower-IQ families are having more children (“dysgenic fertility” is the technical term). Alternatively, widening immigration might be bringing less-intelligent newcomers to societies with otherwise higher IQs.

However, a 2018 study of Norway has punctured these theories by showing that IQs are dropping not just across societies but within families. In other words, the issue is not that educated Norwegians are increasingly outnumbered by lower-IQ immigrants or the children of less-educated citizens. Even children born to high-IQ parents are slipping down the IQ ladder.

Possible explanations include: The rise of smartphones and other devices, which have worn away at our ability to focus, the rise of lower-skill service work that isn’t as intellectually stimulating and less-nutritious food.

Whatever the cause, the trend seems to portend a decline in long-term productivity and economic success, factors that have long been correlated with IQ.

But for now, at least, readers can find contentment in the knowledge that it’s not just us: Everybody really is getting dumber.