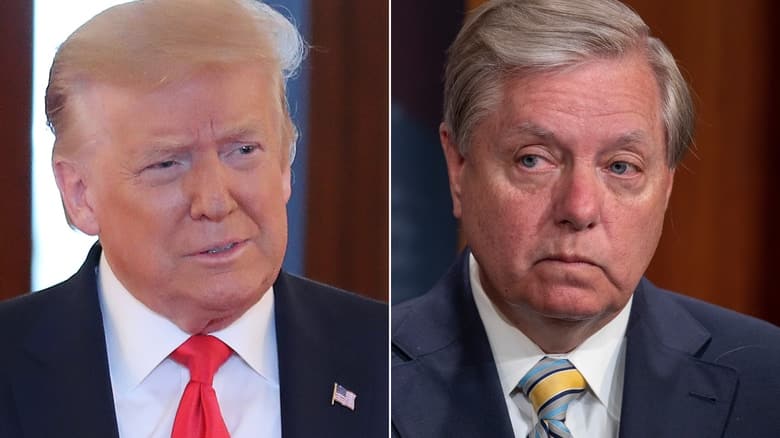 Former President Trump blasted Sens. Mike Lee (R-UT) and Lindsey Graham (R-SC) for not talking about the “2020 Presidential Election Scam” enough. As a result, Trump now says they “should be ashamed of themselves.”

“I spent virtually no time with Senators Mike Lee of Utah, or Lindsey Graham of South Carolina, talking about the 2020 Presidential Election Scam or, as it is viewed by many, the ‘Crime of the Century,’” Trump’s statement read. “Lindsey and Mike should be ashamed of themselves for not putting up the fight necessary to win . . . If this were Schumer and the Democrats, with the evidence we have of Election Fraud (especially newly revealed evidence), they would have never voted to approve Biden as President, and had they not, all of the mistakes that were made over the last month, which are destroying our Country, would not have happened.”

There hasn’t been any evidence to support that any fraud occurred during the election. In addition, one of the many lawsuits concerning election fraud have succeeded.

Meanwhile, Trump claims he does not have the same loyalty from these two senators. “Mike Lee, Lindsey Graham, and all of the other Republicans who were unwilling to fight for the Presidency of the United States,” Trump wrote. “The Democrats are vicious and fight like hell, and the Republicans do nothing about it. RINOs fight harder against Republicans than they do against Democrats. They want to be so politically correct, even if that means losing our Country, which is happening now.”

However during the 2020 election, both senators participated in Trump’s campaign. Graham contributed a half a million dollars to Trump’s cause. Similarly, Lee was the chair of Trump’s reelection committee. Then Lee traveled with then President Trump to rally after rally. Yet, Trump demanded more effort from them.

“Why don’t they have hearings?” Trump wrote. “Or even if just Republicans had open public sessions, we would all hear the irrefutable facts.”

Now, according to the latest polls, Trump is still in the lead for the 2024 election.

Re-Imposing COVID Restrictions Would Cost UK Up To £18 Billion

France: Can Éric Zemmour Be The Next President?