The Supreme Court ruled in favor of the Trump administration Tuesday, allowing federal officials to detain and deport illegal immigrants after they have served their time in the U.S. for other crimes. 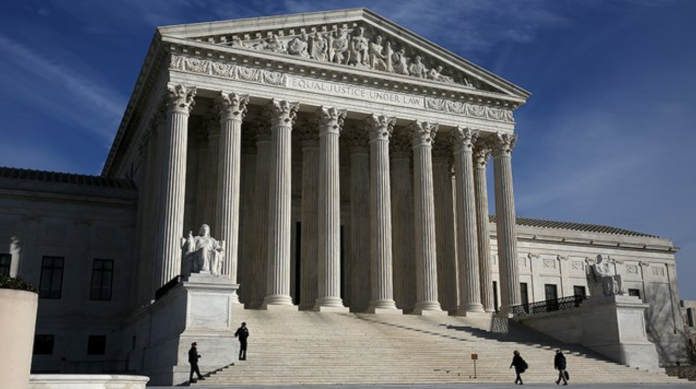 It was a 5-4 decision that reversed the 9th Circuit Court of Appeals, which restricted when the immigrants could be deported. For example, the 9th Circuit ruling stated that Immigration and Custom’s Enforcement would have to detain the illegal immigrants immediately or they would exempt from ever being detained.

The court’s majority opinion was delivered by Justice Samuel Alito.

Alito wrote that in the past, the court has “held time and time again, an official’s crucial duties are better carried out late than never.”

He also rejected the argument from lawyers representing the immigrants involved in the case that they are subject to mandatory detention only if they are arrested “on the day he walks out of jail,” giving the example that state and local officials “sometimes rebuff the government’s request that they give notice when a criminal alien will be released.”

Alito was joined by Chief Justice John Roberts and Justices Clarence Thomas, Neil Gorsuch, and Brett Kavanaugh, according to the Associated Press.

Reading his dissent from the bench, Breyer warned the “greater importance in the case lies in the power that the majority’s interpretation grants to the government.”

“It is a power to detain persons who committed a minor crime many years before. And it is a power to hold those persons, perhaps for many months, without any opportunity to obtain bail,” he wrote.

For more on this story visit The Washington Examiner…