Walt Disney is joining Nestle SA and other companies in pulling ads from YouTube after a blogger uncovered a “soft-core pedophilia ring” facilitated in the comments section, reports Bloomberg.

Some of the videos involved in the pedo ring were placed next to Disney and Nestle advertisements, according to the report.

All Nestle companies in the U.S. have paused advertising on YouTube, a spokeswoman for the company said Wednesday in an email. Video game maker Epic Games Inc. and German packaged food giant Dr. August Oetker KG also said they had postponed YouTube spending after their ads were shown to play before the videos. Disney has also withheld its spending, according to people with knowledge of the matter, who asked not to be identified because the decision hasn’t been made public. –Bloomberg

In a 20-minute YouTube video published Sunday which has over 1.7 million views as of this writing, blogger Matt Wilson described how comments on YouTube were being used to identify certain videos in which young girls can be seen participating in sexually suggestive behavior – such as posing in front of mirrors and doing gymnastics and “yoga stretching.”

When one clicked on one of the videos, YouTube algorithms then suggested similar ‘pedo-centric’ material.

YouTube says it has taken action, telling Bloomberg in an email: “Any content –including comments — that endangers minors is abhorrent and we have clear policies prohibiting this on YouTube. We took immediate action by deleting accounts and channels, reporting illegal activity to authorities and disabling violative comments.”

YouTube says that total ad spending on the videos was under $8,000 over the last two months, and they will refund advertisers.

The sexually suggestive videos were brought to light by comedian Daniel Tosh in a 2017 segment on Tosh.0.

Tosh staged a “To Catch a Predator” style spoof on the type of viewers who were watching the seven girls’ videos. You guessed it….pedophiles. Unfortunately, their videos are extremely popular and serve as an indictment to the world’s pedophilic attractions.

The channel has nearly 3,000 videos uploaded. But this is no ordinary children’s show, and without a doubt, 1980’s era censors would have driven themselves mad in an attempt to shut down the perversion.

But to a pedophile, the site is a smorgasbord of smut, carefully crafted to serve as eye candy for adults and teenagers to indulge in their child-sex fantasies. After we clicked on the entire list of videos and selected to sort by most popular, it became clear to us at The Free Thought Project, the videos are in no way innocent. –Free Thought Project 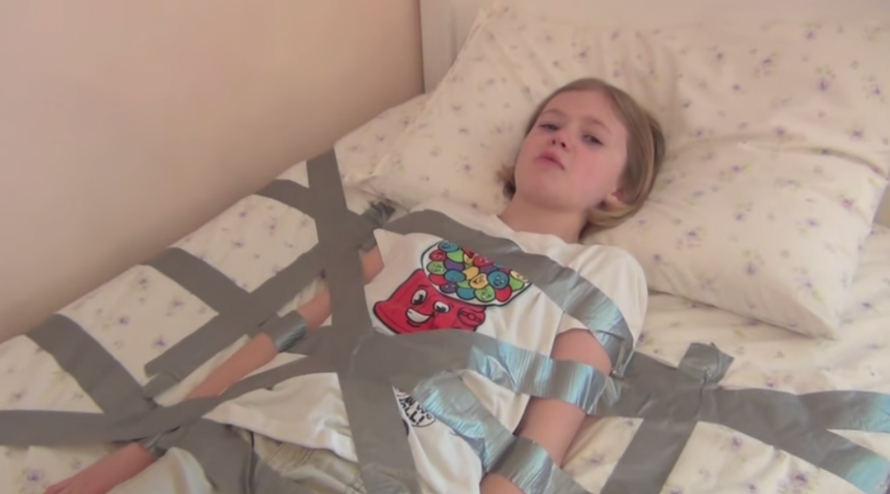 As Bloomberg notes, YouTube has had advertisers pull out from the platform over extremist and violent content, as well as “inappropriate videos meant for kids.” Brands which boycotted included Procter & Gamble and AT&T, which have since returned to the site.

On Wednesday, YouTube released an update to their policies on how they will handle content which “crosses the line.”