BREAKING THE CODE ON SKULL AND BONES

SKULL was a pun on SCULL – When the society was founded in 1832, it was called ‘’The Order of the Scull and the Bones.’’ Sculling oars were often hung on the wall crossed just like the Skull and Bones logo.

SCULL – A single oar mounted at the stern of a boat and moved from side to side to propel the boat forward. One of a pair of oars handled by a single rower. A small rowing boat, for one person. 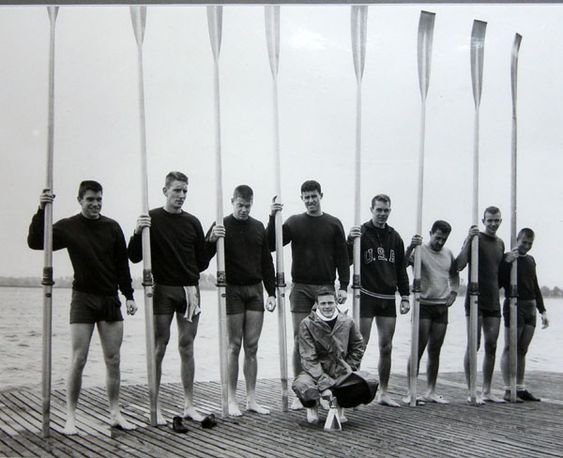 Scull and Bones is a secret undergraduate senior student society at Yale University, not a fraternity. Members were known as Bonesmen, who usually also belonged to a fraternity. It was founded by Alfonso Taft at age 23, from an old New England family, who later became US Secretary of War and Attorney General, Minister to Austria-Hungary and Russia, father of President William Howard Taft. Co-founder William Russell, also a New Englander, established a trust fund in 1856 for the alumni association to build the Skull & Bones Hall, known as The Tomb, in the form of an Egyptian temple, where the students held meetings.

Skull and Bones was born when a group of students performed a burlesque to make fun of Phi Beta Kappa scholarly society.

The Skull and Bones college club, some of whose members developed a conspiracy group a century after it was founded, was just one of many elite private college student clubs.

The majority of the club’s members lived ordinary upper middle class lives. However, this small group became a cabal which controlled the CIA through successive presidential administrations..

Ironically the word cabal derives from Kabalah, the Hebrew scripture which is the source of western occultism and satanic symbolism.

University of Pennsylvania Sociologist and American History scholar E. Digby Baltzell authored the term Protestant Establishment in 1964 to describe the power structure of pre-WW2 America. His exhaustively documented analysis of this important topic has never been questioned or challenged.

Contrary to the conspiracy theory models, there was not a single elite in power, but an upper class composed of different groups that had evolved in the various colonies. By the late 19th century the national upper class was centered in Baltimore, Philadelphia, New York, and Boston with isolated segments in the south and mid western industrial cities. The cultures of these cities differed considerably. Inside each city those who had notable colonial ancestry had the most status, followed by wealthy families who had attained respectable status validated by education, cultural activities, and philanthropy.

Groups were clustered around sports such as yachting, horse racing and polo, and British style social clubs that provided private dining rooms and hotel services that ensured privacy and exclusivity. Families from Baltimore and Philadelphia were usually Episcopalian or Quaker; New Yorkers were Episcopalian, Dutch Reformed or Quaker; Boston was Unitarian, Congregational with a tiny minority of Episcopalian. The Unitarian and Congregational churches were virulently anti-Catholic and unfriendly to the other Protestant denominations. There were sprinklings of Presbyterians in all of the cities who were theologically close to the Congregational. Families usually married within their own churches and usually on the same economic level. To outsiders the upper class may have looked uniform but those inside it were acutely aware of the differences.

The upper class families of various cities tended to send their children to certain private schools and colleges, which emphasized the unique cultures of the east coast cities. The families who patronized Yale were usually from New England or New York, or from mid western families that had New England roots. Skull and Bones was an elite private club but its members were not acknowledged by the upper class as the national elite.

Not all Skull and Bones members became power brokers in banking or government. The majority faded into obscurity. However, the core group actively helped and promoted each other in their careers. The core included sons of some very rich and powerful families from the New York merchant and investment banking sectors. During WW2 they were chosen to direct the newly formed CIA from its inception. That is the elite identified by conspiracy theories. It was real, but the national upper class or Protestant establishment was literally unaware of it and would not have acknowledged it as having authority over their social class or the nation. There were few members of Philadelphia or Baltimore families in Skull and Bones. Instead they were from New England or New York.

AN ERA OF SOCIAL CLUBS NOT OCCULT GROUPS 1830-1880
Skull and Bones was founded in 1832 by a group of college students age 18-20. No books were published on the occult until the 1880’s. Possibly there could have been indirect influence from the Masonic Order but the boys were too young to have been Masons, and they had come from New England boarding schools which did not teach such topics. Masons were bound by oath to keep is practices secret, so how would they be known to the students? Maybe it could be argued that the occult crept into Bones fifty years after it was founded when such books became available, but it is pure speculation to say it was a group that practiced the occult.
.
The first secret residential club fraternities in America appeared in NY state, with exception of Princeton which is 50 miles SW of NYC;
Chi Phi in Princeton University NJ in 1824
Kappa Alpha in Union College in Schenectady NY in 1825, Sigma Phi and Delti Phi in Union College NY in 1827, known as the Union Triad
Alpha Delta Phi in Hamilton College NY in 1832 – members US Presidents Theodore Roosevelt and Franklin D. Roosevelt, the second Triad with Chi Psi 1841, Delta
Theta Chi 1844. Half of the first 13 secret fraternities were created in Union College
Psi Upsilon in Union College NY in 1833 – members US Presidents Howard Taft and Chester Arthur, VP Nelson Rockefeller
Delta Upsilon, Williams College MASS in 1834

Before fraternities came into existence, there were small literary and scholarly societies beginning with Phi Beta Kappa at William & Mary College in 1776 which quickly sent branches to Yale and Harvard colleges.

STUDENT PRANKS
Skull and Bones has a reputation for stealing keepsakes from other Yale societies or from campus buildings; society members reportedly call the practice “crooking” and strive to outdo each other’s “crooks.” The society has been accused of possessing the stolen skulls of Martin Van Buren, Geronimo, and Pancho Villa

SCROLL and KEY AND OTHER SECRET SOCIETIES
Another secret society was founded at Yale in 1842 called the Scroll and Key. Its Tomb was built in 1869. Most of its members were Mayflower descendants. It has an even more distinguished alumni including many governors and senators, heads of banks and corporations, James Stillman Rockefeller CEO Citibank, Paul Mellon, Cornelius Vanderbilt 3rd, Dean ACHESON US Secretary of State, Cord Meyer JR, CIA, Cyrus Vance, US Secretary of State and Chairman Federal Reserve Bank NY 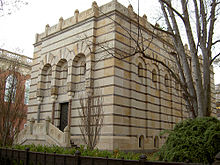 Before the Civil War besides Scull and Bones and Scroll snd Key, there were six other secret societies two of which were founded in the 18th century. Some of them formed branches in other universities. Most colleges had such private societies, clubs and fraternities.

THE NEW ENGLAND MIND SET
The cabal came mainly from New England backgrounds whose ancestors included doctrinaire liberal educators and minor manufacturers, and some who went into banking in NYC.

Whether or not the club was involved with the occult is unproven and unlikely. The members were not mystical or intellectual types. They were mostly jocks. Therefore they were a mixture of rich kids and modest middle class men good at sports.

OPIUM TRADE
The largest New England fortunes derived from the opium trade c.1820-1860. Since Puritan based culture had a high tolerance for moral hypocrisy, most opium traders were from Congregational or Presbyterian backgrounds. The largest British opium lord in Hong Kong was the Scottish Jardine family, whose founder was called by the Chinese ‘’Iron Headed Old Rat.’’ A number of important Skull and Bones members came from families renowned in the opium trade.

Such activities would have resulted in ostracism in Philadelphia. Most major trans Atlantic merchants in Philadelphia were Quaker who refused to trade in opium or have any dealings with those who did.

SLAVE TRADE
Prior to the opium trade, New Englanders engaged in the slave trade which both Britain and America outlawed in 1807. However illegal slave trade continued in Spanish Florida and Texas. In 1820 the slave trade was made a capital offence. Britain abolished slavery in 1832 without resistance or violence. Members of the Quaker faith were prohibited from engaging in slave trade in 1758. They were responsible for Pennsylvania banning it in 1780.

NOT REALLY A CONSPIRACY
FDR and Teddy Roosevelt found it difficult to recruit college friends to serve in their administrations because politics was viewed as a dirty game unsuitable for gentlemen, and the salaries were minimal. This stigma had become a bit less potent when John F Kennedy brought talented college friends from Harvard. Another decade passed before George H.W. Bush became head of the CIA in 1976, then Vice President 1981-1989 and President 1989-1993. During the Bush years the cabal took total control of the government without anyone noticing, backed by the Zionists and oil lobbies. As the head of the shadow government Bush founded PNAC Project for the New American Century in 1997.

SUMMARY
The Skull and Bones cabal is not the American elite, but a tiny segment of it that participated in the destruction of the American elite. Driven by ambition and opportunism a few Skull members began the consolidation of the cabal’s power which the traditional national elite would have opposed if aware of it.

They were a rogue group that did not represent the general values of the American upper class except on the surface. They had no loyalty for their own class but were motivated by greed to enrich themselves at its expense.

The career of George H.W. Bush marks the growth and dominance of the Deep State, controlled by a hostile culturally foreign elite, which is another topic.

The Protestant Establishment – Aristocracy and Caste in America (1958)

Philadelphia Gentlemen – The Making of a National Upper Class (1964)